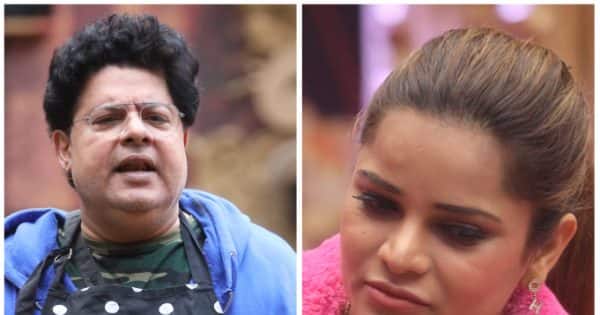 Archana Gautam fight with Sajid Khan: The upcoming episode of Bigg Boss 16 is going to be a lot of fun. Meanwhile, a promo video of Salman Khan’s show has surfaced, in which Sajid Khan is seen taking action against Archana Gautam.

Bigg Boss 16 Promo: The controversial reality show Bigg Boss 16 of the small screen is in the news these days. Every day something new is seen in this show. If we talk about the most popular contestant of this season, Archana Gautam, then she has lifted the whole house on her head. Archana alone is taking a toll on the whole house. Everyone believed that Archana has become calm now. But now she has become more active than before. In the recent episode, there was a fierce fight between the new captain of the house, Sajid Khan and Archana. Meanwhile, a new promo video of Bigg Boss 16 has surfaced, which is becoming increasingly viral in the Internet world.

The family members opened a front against Archana

Actually, Colors TV has shared the new promo of Bigg Boss while updating its social media account. In this clip, the entire household is seen troubling Archana. In the upcoming episode, Archana will refuse to do any household work, after which Sajid Khan will be seen taking action against her. Sajid says, ‘If Archana does not get up to do duty in 20 minutes, I will take action against her.’ After this, Shiv Thackeray goes to Archana’s room and says, ‘Get up and do the housework, it is the order of the king.’ After this Archana says, ‘Explain Sajid not to mess with me.’ Archana’s statement turns everyone red with anger. After this, many members including Shiv Thackeray, Nimrit Kaur throw Archana’s belongings in jail. After watching this promo, it seems that the upcoming episode is going to be a big bang.

The sword of nomination is hanging on these members

Let us inform that this week the sword of nomination is hanging on 3 members of the house, in which the names of Shaleen Bhanot, Tina Dutta, Soundarya Sharma and Gautam Vij are included. Now it will be interesting to see who gets evicted this weekend.