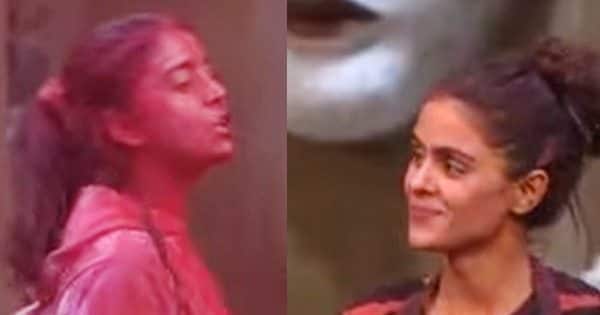 Sumbul touqueer and Priyanka Chahar fight: A new promo of Bigg Boss 16 has surfaced, in which Priyanka Chahar and Sumbul Touqueer are seen fighting with each other during the captaincy task.

Bigg Boss 16 Promo: Bigg Boss 16, the controversial reality show hosted by Salman Khan, is witnessing something new everyday. Nimrit Kaur is ruling the house at this time. He was made the captain last week. During that time, Tina Dutta and Nimrit Kaur clashed with each other due to the captaincy. Actually Tina Dutta was to become the captain, however, Shiv Thackeray took the name of Nimrit Kaur and made her the captain. This week the power is going to change again. Shaleen Bhanot, Priyanka Chahar, Ankit Gupta and Sumbul Touqueer Khan are at the forefront of the race to become the captain. Meanwhile, a new promo of Bigg Boss has come out, seeing which the buzz of the fans has gone high. Also Read – Bigg Boss 16: MC Stan will leave Bigg Boss house upset, ready to pay crores of rupees

Colors TV has updated its Instagram account to release a new promo of Bigg Boss 16, in which Shaleen Bhanot, Priyanka Chahar, Ankit Gupta and Sumbul Touqueer Khan are seen performing the captaincy task. In the clip, you can see how Sumbul Taukeer is reprimanding Priyanka. Fans are liking this changed style of TV’s Imlie. After watching this promo, the fans are eagerly waiting for the upcoming episode of Bigg Boss.

Shaleen Bhanot and Tina Dutta have become a topic of discussion these days. Where many times both are seen together. At the same time, many times both clash with each other. In the recent episode, Shaleen asked many questions regarding her relationship with Tina. During this, he told Tina Dutta that our relationship is more than friendship. Even before this, Shaleen has spoken his heart many times in front of Tina Dutta. Also Read – Ankit Gupta becomes the new captain of Bigg Boss 16? Sumbul Taukeer’s plan ruined