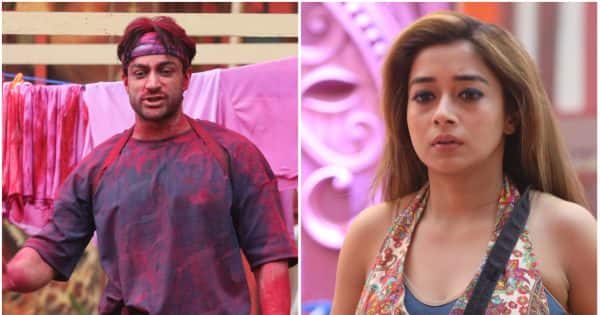 Shalin Bhanot lost his temper: Shalin Bhanot will lose his temper in the upcoming episode of Bigg Boss 16. A promo of today’s episode has surfaced, in which Shaleen Bhanot is seen in anger.

Bigg Boss 16 Promo: bollywood star Salman Khan Superhit reality show of bigg boss 16 contestants of Shaleen Bhanot are in discussion these days. Until recently, Shalin Bhanot and Tina Dutta were named together. But now both are playing their own game. In the recent episode, Tina Dutta said such things to Priyanka Chahar Chowdhary about Shaleen Bhanot that everyone was shocked. Apart from this, Shaleen Bhanot also made many allegations against Tina. Meanwhile, a promo video of Bigg Boss 16 has surfaced, which is going crazy on the internet. Also Read – Bigg Boss 16: These contestants have collected crores from the makers before the finale, Sumbul is ahead of Priyanka in earning

Actually, Colors TV has released a promo video of Bigg Boss 16, in which Shaleen Bhanot is seen in anger. In the video, Shaleen Bhanot says, ‘There is no one to talk to me here in this house. This is a very useless thing. This house is killing me. Running to bite me I’m losing myself I’m losing my temper I can’t do this anymore. Get me out of here.’ Everyone was surprised to see this form of Shaleen. After watching this promo, people are speculating that because of Tina Dutta, Shaleen Bhanot’s condition has become like this.

Who will be homeless this week

Let us inform that Shaleen Bhanot, Tina Dutta, Soundarya Sharma and Sumbul Touqueer Khan are nominated for this week. If media reports are to be believed then Soundarya Sharma will be evicted this time. However, so far no official statement has come regarding this. At the same time, a few days back a report had also surfaced about Tina Dutta that she would be out of the show. Now it will be known in today’s episode itself who gets evicted from Bigg Boss 16. Also Read – TRP List Of 2nd Week 2023: Anupama’s ratings jump, ‘Gum Hai Kisi Ke Pyar Mein’ becomes a thorn in the neck YRKKH

Abhishek Pathak, director of Drishyam 2, will marry actress Shivalika Oberoi, this is how they met

Bigg Boss 16 Promo: Shaleen Bhanot loses temper on National TV, will be out of the show!!