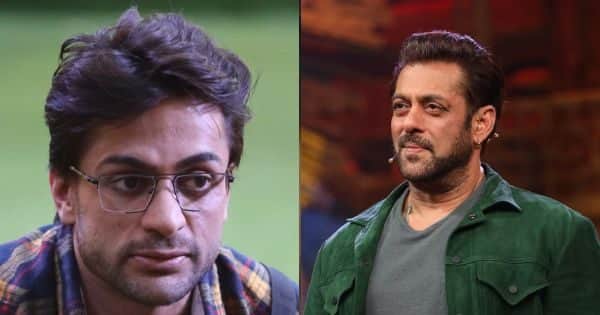 Bigg Boss 16 Promo: In Salman Khan’s explosive show ‘Bigg Boss 16’, it will be further shown that Salman Khan will ask all the family members to name the contestant whom he wants to evict from the house. In such a situation, people take a dig at Shaleen Bhanot.

Bigg Boss 16 Promo: Colors TV’s explosive show ‘Bigg Boss 16’ is creating a lot of buzz every week. This time the show was also included in the top 10 in the TRP list. As such, the games and battles of the contestants everyday bigg boss 16 Can be seen in (Bigg Boss 16). But on Weekend Ka Vaar, viewers also get to see Salman Khan’s Vaar. where recently bigg boss 16 The promo video related to ‘Weekend Ka Vaar’ has been released, in which it was seen that the family members made Shalin Bhanot their target and demanded to evict her from the house in front of Salman Khan. Also Read – Ankit Gupta becomes the new captain of Bigg Boss 16? Sumbul Taukeer’s plan ruined

Actually, bigg boss 16 In the promo video of Bigg Boss 16, it was shown that Salman Khan asked the contestants to paste the sticker of the person on the football whom they want to evict from the house and kick the football hard. In such a situation, the target of the four members of the house was none other than Shaleen Bhanot himself. Also Read – Bigg Boss 16 Promo: There will be ruckus in Salman Khan’s show due to captaincy, Sumbul Taukeer will get angry on Priyanka

Shalin Bhanot became the target of the contestants

bigg boss 16 Archana Gautam was the first among the contestants of Bigg Boss 16 to attack Shalin Bhanot. He said, “Everyone is playing their own game here, but I don’t think Shaleen Bhanot deserves this trophy.” Whereas, Nimrit Kaur Ahluwalia took a dig at Shaleen Bhanot and said, “We all lose our temper. But Shaleen says something in anger which may have been too much for me in my eyes.” At the same time, MC Stan also kicked Shaleen Bhanot by putting a sticker on the football. Not only this, Ankit also taunted Shaleen saying, “I want to throw him out of the house. He used to say that I am playing hide and seek behind Tina, but in reality he is playing hide and seek behind Tina.” Also Read – Salman Khan’s new pictures blow up on social media, people go crazy after seeing the swag of ‘Bhaijaan’

Users are also commenting a lot about this promo video of Bigg Boss 16. Taking a dig at Shaleen Bhanot, a user wrote, “Looks like the chicken brand has not taken off.” So the other user wrote, “Is fake love story going to end?”