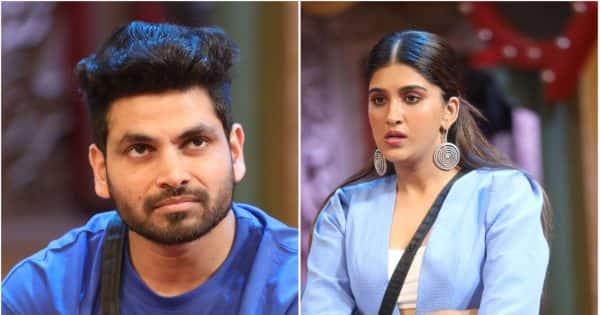 Bigg Boss 16 Promo: Most popular reality show of small screen bigg boss 16 The audience is liking it a lot. These days everyone’s eyes are fixed on this show only. Salman Khan The show is slowly getting closer to the finale week. Let us inform that recently Bigg Boss Nimrit Kaur Was made the new captain of the house. Along with this, Nimrit Kaur has also got ticket to finale. But now there is a new twist in the story. In the last episode, Bigg Boss gave the housemates a chance to get tickets to the finale. During this, everyone had to tell the name of that contestant who deserves to get the ticket to finale. During this time most people Shiv Thackeray Took the name of Meanwhile, a new promo video of Bigg Boss 16 has surfaced, seeing which the fans have gone crazy. Also Read – Bigg Boss 16 Top 5 Contestants Week 16: Archana Gautam wins the lottery, Shiv-MC stan in a tight fight

A promo video of Colors TV’s controversial reality show Bigg Boss 16 has become the talk of the town on the internet. In this clip, a fight is taking place between Nimrit Kaur and Shiv Thackeray to get ticket to finale. During this, all the family members are taking the name of one of these two one by one. In the video you can see that Tina Dutta is supporting Shiv Thackeray. So there Soundarya Sharma is supporting Nimrit Kaur. After watching this clip, it is clear that a lot is going to change after the ticket to finale task.

These members got nominated

Let’s tell that Salman Khan is going to rock the weekend. At the same time, Ekta Kapoor can also come on the stage of Bigg Boss 16. In the show, she is going to tell about her upcoming film. Shaleen Bhanot, Tina Dutta, Sumbul Touqueer Khan and Soundarya Sharma are nominated for eviction this week. Also Read – Bigg Boss 16: Astrologer reveals the secret!! Who will get the Bigg Boss trophy?