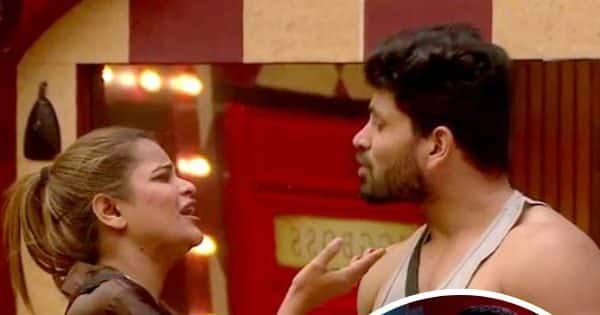 Bigg Boss 16 Promo: Salman Khan’s banging show ‘Bigg Boss 16’ has been on the target of people ever since Archana Gautam’s eviction. On the previous day in Bigg Boss 16, it was shown that Shiv Thackeray and Archana Gautam had a fierce fight. In this fight the actress shiv thackeray (Shiv Thakare), after which he was thrown out of the show. but recently ‘Bigg Boss 16’ A promo video of the film has been released, in which it is believed that now Salman Khan will not only play Shiv Thackeray’s band, but will also expose his pole on national television. This promo video related to Bigg Boss 16 is becoming fiercely viral on social media.

salman khan showsBig Boss 16′ It was shown in the promo video of (Bigg Boss 16) that Shiv Thackeray, Archana Gautam Were expressing their weakness in front of their group. Talking about Archana Gautam to his group, he said, “I know her hook. Party, election, didi.” Shiv Thackeray had taunted Archana Gautam using this weakness. Actually, Shiv Thackeray came in the middle of Tina and Archana Gautam’s fight. When Archana told him that I was not interested in talking to you, Shiva replied, “Didi se baat karne hai. Didi will not stand the election.” Archana was enraged by this and she grabbed Shiva’s neck.

Fans were also excited about this promo video of ‘Bigg Boss 16’. Commenting on the promo video, where a user wrote, “Thakur to gayo”, another user wrote, “Now the reality of Shiva will come in front of everyone.” A user expressed excitement about the promo associated with Shiv Thackeray and wrote, “Shiv ki toh aaj band bajegi.” On the other hand, another user wrote, “Shiva was poking first to Priyanka, she did not bother, then she did it to Archana. This is a very bad person.”

Let us tell you that another promo video related to Bigg Boss 16 has been released, in which Shaleen Bhanot was seen celebrating Tina Dutta. Actually, Shaleen Bhanot compared Tina Dutta to Soundarya Sharma, on which Tina got angry and she fiercely scolded Shaleen Bhanot.