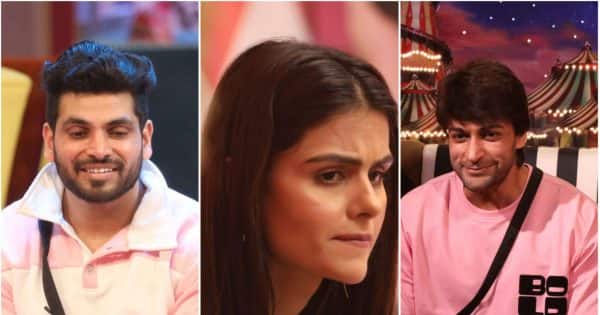 Bigg Boss 16 Promo: most controversial reality show on tv bigg boss 16 Recently there was a nomination task. During this, the sword of nomination hung on many members of the house. At the same time, the ticket to finale week has started. At present, Bigg Boss has given the crown of the house to Nimrit Kaur. Along with this, the ticket to finale is also in their hands. In such a situation, all the members have started playing bets to remove Nimrit from the captaincy. In the last episode, there was a fierce fight between Priyanka Chahar Chowdhary and Soundarya Sharma. During this, both targeted each other fiercely. Apart from this, there was an argument between Shaleen Bhanot and Priyanka. Meanwhile, a promo of Bigg Boss 16 is out, in which everyone is seen targeting Priyanka Chahar Chowdhary. Also Read – The next four weeks are dangerous for the contestants in Bigg Boss 16, these big twists will come with mid-week eviction

A promo of Salman Khan’s show Bigg Boss 16 is going viral on the internet, in which Bigg Boss is seen asking all the members for their opinion on Priyanka Chahar Chowdhary. First of all Shaleen Bhanot is called, after which he reacts on Priyanka. He says, ‘I don’t find her arguments correct, she grabs hold of one thing. She humiliates others by showing herself above. On the other hand, Shiv Thackeray says about Priyanka, ‘It was her best that she used to fight but after Ankit’s departure, Priyanka has stopped fighting. That’s why it has now become zero. Also Read – Bigg Boss 16: Shiv Thackeray’s mind got spoiled after seeing Archana Gautam’s actions, said – your intentions and thoughts are dirty

Priyanka Chahar Chowdhary is in discussion

Let’s tell that the popularity of Priyanka Chahar Chaudhary is very strong. People believe that she can win the 16th season of Bigg Boss. However, after the departure of Ankit Gupta, he has changed his game. Now she has become a special friend of Shaleen Bhanot and Tina Dutta. Although many members believe that Priyanka is using Chahar, Shaleen and Tina. Although Priyanka has claimed many times that she alone is enough for everyone in this house. Also Read – Bigg Boss 16: Sumbul is giving tough competition to Priyanka and Shiv, you will be shocked to see the list of top five