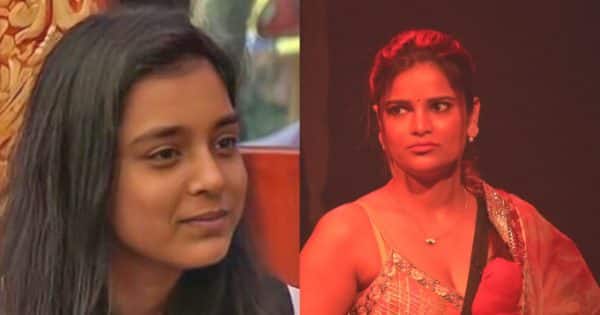 Bigg Boss 16 Episode: TV’s most explosive and controversial reality show bigg boss 16 The audience is quite excited about it. Now this show has become very interesting. Tina Dutta has returned to the show. At the same time, MC Steyn is also playing his game openly. In the last episode, a task regarding captaincy took place in the house. This time Tina Dutta is at the forefront of the race to become the captain. Shaleen Bhanot, Soundarya Sharma, sumbul tauqeer khan And Priyanka Chahar Chowdhary Was. Please tell that this time Bigg Boss is also playing his own game, so he changed the whole game. This time three members have been made captains, including the names of Soundarya Sharma, Tina Dutta and Sumbul Touqeer Khan. Meanwhile, a new promo of Bigg Boss 16 has surfaced, which is going viral in the internet world. Also Read – Bigg Boss 16: These 3 members including Tina became victim of ‘witch’ nomination, who will be evicted this week?

Colors TV has updated its Instagram account and shared a promo, in which Sumbul Touqueer Khan is seen lashing out at Archana Gautam. In the promo that surfaced, Sumbul’s style seems quite changed. Sumbul’s attitude changed as soon as he became the captain. In the same clip, you can see that Archana has also reprimanded Sumbul. After watching this promo, now the audience is eagerly waiting for the upcoming episode. Also Read – No one will be evicted from the house of Bigg Boss 16 this week? This report surfaced

In the recent episode, Sumbul Touqueer Khan gets heartbroken once again because of Shaleen Bhanot. Actually, Shaleen had some conversation with him. After this Sajid asked Sumbul that she is talking to Shaleen again. You forgot what your father told you. Sumbul became very emotional on this and promised Sajid that she would never talk to Shaleen again. Also Read – Bigg Boss 16: The sword of nomination hangs on these 4 contestants including Archana Gautam, who will be evicted this week?