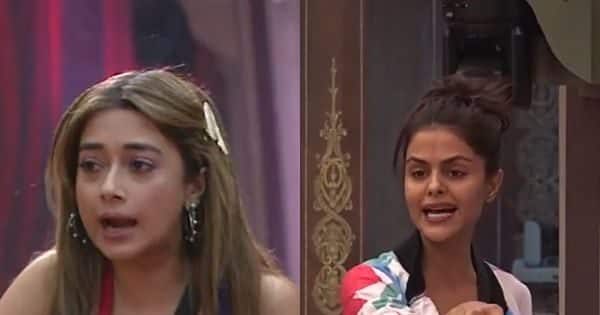 Bigg Boss 16 Promo Video: Recently, the promo video of Bigg Boss 16 has been released, in which Tina Dutta and Priyanka Chahar Chaudhary were seen fighting. The fight of both started from the kitchen. Fans are also giving a lot of reaction to this video.

Bigg Boss 16 Promo Video: Bollywood’s famous actor Salman Khan’s show ‘Bigg Boss 16’ has made a lot of headlines these days. Especially after the departure of Archana Gautam from the show, Bigg Boss has come in the eyes of the people. Everyone is eagerly waiting for ‘Weekend Ka Vaar’ as people are especially eager to see the reaction of Salman Khan. Apart from this, recently a promo video of Bigg Boss 16 has been released, in which another storm was seen in the house. Actually, this time in Bigg Boss 16, Archana Gautam and Tina Dutta were seen fighting. The quarrel between the two started over the kitchen.

‘Bigg Boss 16’ In this promo video, it is shown that Priyanka (Priyanka Chahar Choudhary) comes to the kitchen to make something, but Tina tells her that she needs gas. At the same time, when Priyanka refused to do so, Tina Dutta taunted her and said, “Friends, you will get rice late today.” Priyanka’s mercury rises further due to this talk of Tina Dutta, in such a situation she calls him bossy. Priyanka, replies Tina, “Things should be removed by asking someone. There are manners that you are in but here you don’t know what happened. You come in a bossy style here.” Priyanka continues to tell them things and says, “Serily you are bossy.”

Hearing Priyanka Chahar Chaudhary’s words, even Tina Dutta can’t stop herself and replies, “I don’t want to argue with you here. Torn tape recorder keeps on running man.” Viewers are also commenting a lot about this promo video of Bigg Boss 16. While some users demanded removal of Tina Dutta from the show, while some also targeted Priyanka fiercely.

Entertainment Regarding the promo video of Bigg Boss 16, a user wrote, “Koi koi nikao yaar, koi tina koi man, koi bolo shaleen se guchu puchu kare. If you do it with Priyanka, you will get insulted.” A user named Pinky taunted Tina in the comment and wrote, “Abhi is saying that it doesn’t matter. But after a while, she will cry hiding her face in the quilt. Then the bully gang’s chamcha will come to do cheap acting.” A user called Tina ‘irritating’ and wrote, “Chee yaar how troubling this is. She has to fight all the time. Aayi bada actress, kahe ki actress.” In praise of Priyanka, a user wrote, “Priyanka is the winner, she will take everyone out of the house, take the trophy.”