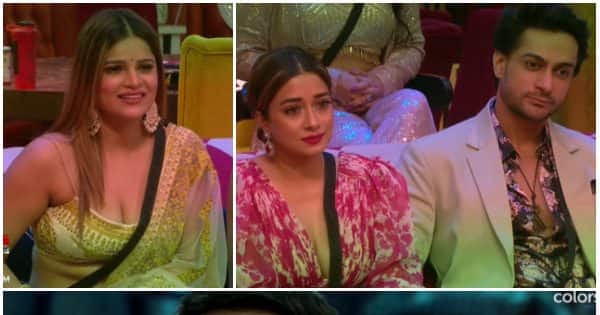 Bigg Boss 16 Promo Video: A conference is going to be held in the upcoming episode of Superstar Salman Khan’s TV reality show Bigg Boss 16 to be aired on Colors TV. In which the general audience will participate. People will fiercely question these viewers Archana Gautam and Tina Dutta. Watch the video here.

Bigg Boss 16 Promo Video: Superstar Salman Khan’s TV reality show Bigg Boss 16, which aired on Colors TV, is now getting funnier. The upcoming show of this TV reality show is going to air a special episode of Weekend Ka Vaar. In the upcoming Weekend Ka Vaar special episode, the makers have called a special conference. Those who are going to attack the game of family members. The general audience will participate in this conference. Who will ask sharp questions to the contestants of Bigg Boss 16. Archana Gautam and Tina Dutta are going to be on the radar of the audience attending the conference. Whose information has been given by the makers through this explosive promo. The interesting thing is that during this, superstar Salman Khan will listen to the opinion of everyone standing and enjoy a lot. Watch the promo video here. Also Read – MC Stan to be evicted from Bigg Boss 16? Will give this much money to the makers