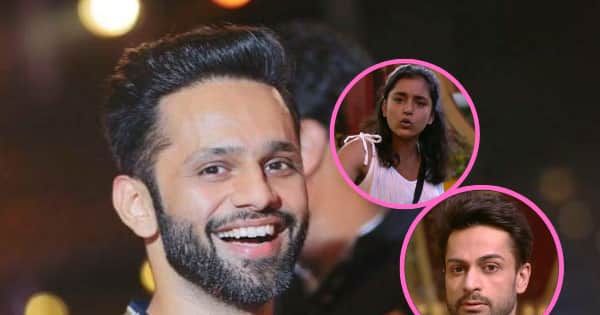 Bigg Boss 16 Rahul Vaidya Review: These days Bigg Boss 16 is attracting everyone’s attention with its spicy twists and turns. This show of Colors TV remains one of the top 5 shows in TRP. It has been seen that contestants like Sajid Khan, Priyanka Chahar Chaudhary, Ankit Gupta, Shaleen Bhanot are trending on Twitter. Along with this, some contestants of the house are being trolled on social media. Many celebs are giving their opinion about the show on Twitter. Recently, Rahul Rahul Vaidya, who was a contestant of Bigg Boss season 14, has given a comment on social media regarding the episodes related to the show. Also Read – Bigg Boss 16: Salman Khan’s mercury was high due to Sumbul, condition worsened in ‘Friday Ka Vaar’

Rahul Vaidya, who was a contestant and finalist of Bigg Boss 14, has said many things about the show on Twitter. Rahul Vaidya wrote on his Twitter handle that after watching the latest episode of Bigg Boss 16, he thought he was watching the movie Hum Saath Saath Hain. In fact, recently the house was divided into Girls Hostel and Boys Hostel in the show. Different tasks were also given to both the teams to win. Rahul Vaidya has blown away this task. This time the contestants of Bigg Boss 16 are leaving no stone unturned to entertain the audience. Also Read – Bigg Boss 16: Tina Dutta got furious as soon as she proposed Shaleen Bhanot, said this on National TV 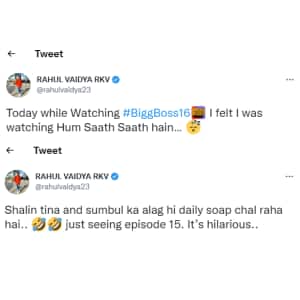 Also Read – Bigg Boss 16: Gautam Vij is divorced, because of this he does not want to reveal these secrets in the show

Rahul Vaidya said this for Shaleen – Tina and Sumbul

Rahul Vaidya also commented on the love triangle of the show’s contestants Shaleen Bhanot, Tina Dutta and Sumbul Tauqeer. A contestant says that these three members of the house are running a different daily soap, seeing which they are laughing. These tweets of Rahul Vaidya are becoming very viral on social media. Many ex-contestants like Gauahar Khan, Kashmira Shah often keep their opinion about the show in front of the people.