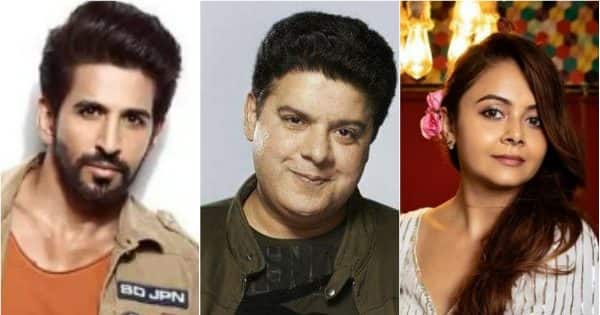 Devoleena Bhattacharjee slams Sajid Khan: There is a lot of ruckus in the Bigg Boss house these days. In the desire of captaincy, Gautam Vig had sacrificed all the ration of the house, due to which Sajid has climbed in the eyes of all the family members. All the contestants of the house have not only refused to do housework to teach Gautam Vij a lesson, but some contestants have even sat on hunger strike. Sajid Khan, MC Stein, Gori Nagori, Abdu Rojic and Shiv Thackeray had vowed not to eat food till Gautam was the captain.

one side where bigg boss 16 (Bigg Boss 16) Contestants gautam vij On the other hand, Sajid Khan is constantly abusing him and his mother. Despite Sajid Khan’s abuses, Gautam Vij did not get angry on him but only apologized to the filmmaker. Now the reaction of the public as well as the celebs has come on this attitude of Sajid Khan regarding Gautam.

Bigg Boss Ex Contestant Devoleena Bhattacharjee (Devoleena Bhattacharjee) has criticized this behavior of Gautam Vig. In a tweet, he questioned why no one is standing up against Sajid Khan. He wrote on his Twitter handle, “Initially I thought this decision of Gautam was selfish. But it is still fine as he has the right to do whatever is in his control. But I do not understand why Why is no one questioning Sajid for abusing Gautam and his mother? It is very dirty and cheap.”

Well for a sec even I thought it was a selfish decision by #GautamVig.But it is still ok.And he has all the rights to do whatever he feels within his limits.But wondering why abusing #Gautam and his mother by #Sajid is not even questioned. It was filthy & cheap. @BiggBoss #bb16

#SajidKhan can’t act anymore and is the real monster coming out?? The way he abused #GautamVij is completely disgusting. Disrespecting someone parents is disrespecting ur own. I would have broken his face.#biggboss16 @BiggBoss @ColorsTV @justvoot @endemolshine

Actor Vishal Kotian, who was a contestant of Bigg Boss 15, also reprimanded Sajid Khan saying that now the devil inside him is coming out. He wrote in a tweet, “Sajid Khan can’t act any more, the devil inside him is coming out. The way he is abusing Gautam Vij is completely condemnable. To do dishonor is to disrespect oneself. I would have broken his face.”