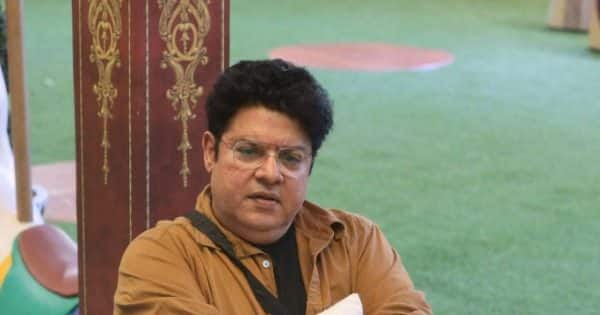 Bigg Boss 16 Makers trolled: The makers of Bigg Boss 16 are seen trolling social media users fiercely for sporting Sajid Khan. People have given the tag of ‘son-in-law’ of Bigg Boss to Sajid.

Bigg Boss 16 Update: The most controversial reality show of the small screen ‘Bigg Boss 16’ (Bigg Boss 16) has become a topic of discussion these days. Every day something new is being seen in this show of Salman Khan. While many contestants are seen fighting with each other, many members are seen showering love on each other. In the recent episode, most of the members of the house including Bigg Boss praised Abdu Rojic. Everyone except Archana Gautam has described him as the best captain ever. At the same time, there was a lot of ruckus in the house in this episode. Sajid Khan and Gori Nagori were once again seen clashing with each other. During this, Sajid said such a thing about Gori that the whole atmosphere of the house became hot.

Actually, Soundarya Sharma and Sajid Khan were talking about Gori Nagori. Then Ghori told Sajid, ‘That day you called me a ration thief, I did not like that thing, I had given ration only after asking MC Stan.’ On this matter, Sajid Khan got furious and started shouting at Ghori. Meanwhile, Sajid reprimanded Ghori and said, ‘You will be the dancer of Rajasthan…’. Seeing this style of Sajid, the mercury of Archana Gautam has become high. Supporting Ghori, he took a class on Sajid fiercely. After this Bigg Boss called Archana alone and asked her about the whole issue. Archana told him that, ‘I did not know the whole matter. I just didn’t like this line of Sajid that Tum Hogi Rajasthan ki Dancer… That’s why I sported Gori. After listening to all the things, Bigg Boss trolled Archana Gautam badly. Now on social media, users are fiercely trolling the makers of Bigg Boss. Where many people are calling Sajid the ‘son-in-law’ of Bigg Boss. At the same time, many users are demanding to remove Sajid from the show. (Also read: Bigg Boss 16: Makers bowed for TRP? Archana Gautam to return home after a dunk injury)

#SajidKhan #ShivThakre #MCStan = misogynist LOSERS. They now hate even #gorinagori in their group#AbduRozik please stay away from them!#bb16 #biggboss16 #biggboss

As you know #Sajidkhan is damad of #BiggBoss then how can he see sajid being unmasked by #ArchanaGautam ,
She shouldn’t be evicted.
Bring Archana Back #biggboss16 ,#PriyankaChaharChoudhary?#priyankit? #AnkitGupta? #Sumbul

Let us inform that for this week three members have been nominated for nomination, which includes the names of Gori Nagori, Priyanka Chahar Chaudhary and Sumbul Tauqeer Khan. Now it will be interesting to see who is homeless this weekend.