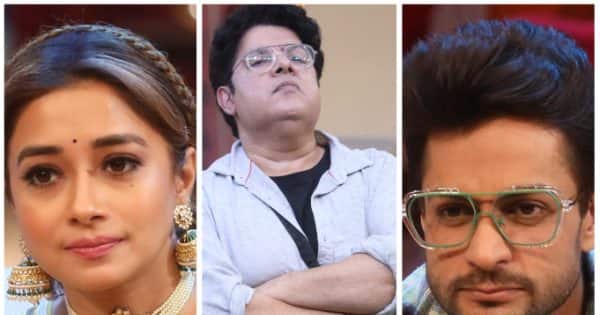 Bigg Boss 16 Update: Twists and turns are constantly being seen in the popular reality show Bigg Boss 16 of the small screen. This show is getting funnier day by day. Recently, Archana Gautam has returned to the house, due to which there is a wave of happiness among her fans. In the recent episode, Bigg Boss also gave a special gift to Shaleen Bhanot. Actually, he was punished that he would never be able to become the captain of the house. However, now Bigg Boss has lifted the ban on Shaleen not becoming the captain. In today’s episode, a task was given to the housemates, in which Sajid Khan was made the tour guide for this task.

Sajid Khan became the new captain of the house

Bigg Boss has told all the family members about this special task in detail. He said, as soon as the sound of ‘Statue’ comes, all the housemates will stop where they are. Then Sajid Khan will take any two tourists for a tour of the house. In the last, Sajid as a guide will take these two members to the activity room, where both of them will have to eliminate any three members from the captaincy race with mutual consent. Please tell that Sajid Khan has won this task and has become the new captain of the house. While most of the housemates seemed happy with her becoming the captain, Tina Dutta was seen opposing it.

It is known that Bigg Boss is also playing this season. Bigg Boss started its game only after Sajid Khan became the captain. He told that from now on the captain will be the king or queen of the house. The king and queen will have special friends in Room of 2. These members will never be nominated. Room of 3 will house the king’s royal cook. The sword of nomination will never hang over these contestants as well. On the other hand, the contestants who will stay in Room of 4 and Room of 6 will face the threat of nomination and will have to do all the household chores. After this, Bigg Boss asked Sajid to decide which member he wanted to keep in which room. Sajid kept his best friends Abdu Rojik and Shiv Thackeray in Room of 2. Nimrit Kaur, MC Steyn and Sumbul Touqueer were placed in Room of 3. Shaleen and Tina were placed in Room of 4 and Priyanka Chahar, Soundarya Sharma, Gautam Vij, Ankit Gupta and Archana Gautam were placed in Room of 6. Tina Dutta did not like this decision of Sajid at all. He called it a stab in the back. Till this task, Tina used to consider Sajid Khan as her friend but after this everything has changed.