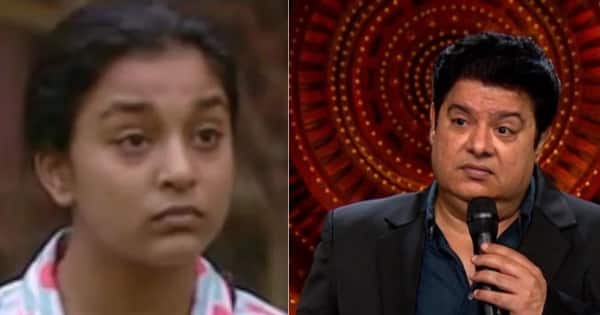 Bigg Boss 16 Sajid Khan on Sumbul touqeer Khan: In the TV show Bigg Boss 16, something new is seen every day. Meanwhile, Sajid Khan has said something about Sumbul’s age, after knowing that people have been surprised.

Bigg Boss 16 Sajid Khan on Sumbul touqeer Khan: The TV show Bigg Boss 16 has been in the news a lot these days. Everyday something new is being seen in this show. Sometimes Abdu Rojic disappears from the Bigg Boss house, and sometimes a new controversy related to Sajid Khan comes to the fore. The contestants seen in the show are seen fighting fiercely with each other, some contestants are also growing in love with each other. But there is a contestant of the show, whose age is being questioned a lot. This is none other than TV’s well-known actress Sumbul Tauqir Khan. A lot of fun is made about the age of the actress of the TV show Tamarind. Now Sajid Khan has said something like this, after which the discussion has started once again regarding Sumbul’s age.

These days Salman Khan is hosting the TV show Bigg Boss 16. This show remains in the discussion about Salman Khan as well as its contestants. meanwhile Sajid Khan And sumbul An argument ensued between During this, Sajid Khan said something like this, after which questions about Sumbul’s age began to arise again. There was a fight between Shaleen and Gautam, during which Sumbul comes between them. And the fight begins to calm down. When everything calms down, Sajid Khan gets angry at Sumbul. He said, first you told everything to Shaleen and when both of them started fighting, they came to pacify them. What do you want? Responding to this, Sumbul said, I want to fight my own battle. After this, the debate gradually progressed and then Sajid Khan said, first think yourself whether you are an 18-year-old girl or an 18-year-old adult.

Sajid’s name is in controversy

Sherlyn Chopra has made many allegations against Sajid Khan, who was seen in Bigg Boss 16. Recently, by sharing a video, he has demanded to remove Sajid Khan from Bigg Boss house.