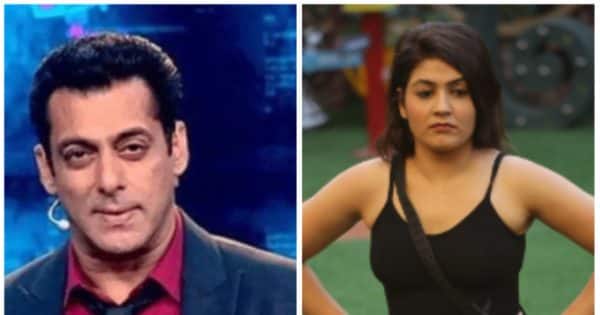 Bigg Boss 16 Update: In the recent episode of Bigg Boss 16, Salman Khan has made a big disclosure about Gori Nagori. She told that she wants to form a new group with Nimrit Kaur.

Salman Khan exposes Gori Nagori: In the recent episode of Bigg Boss 16, Salman Khan has exploded. He has fiercely washed Sajid Khan on this weekend’s war. Bhaijaan told that Sajid is trying to fool the family members. Apart from this, many revelations have also been made during this period of Salman Khan. Where he has shown the real face of Gautam Vij, clearing the misunderstanding of Soundarya Sharma. At the same time, the actor has also made a sensational disclosure about Gori Nagori. Describing Ghori as the new master mind of the house, Salman has said such a thing that everyone’s senses are blown away.

In the last episode of Bigg Boss, Salman Khan asks Gori Nagori which new group she is going to form, Gori says that she does not know about it. After this Salman says that ‘You told Nimrit Kaur that you should make your own team in which Gautam Vij and Soundarya Sharma will also be kept so that it is easy to defeat Tina Dutta and Shaleen Bhanot.’ To this, Ghori says that she just wanted to make Soundarya and Nimrit befriend. But all the members were shocked to know this new trick of theirs. Users are seen giving their opinion on this topic on social media. Where many people are telling Ghori to be right. At the same time, many users are also trolling him for this.

Shiv say’s I shapet..#ShivThakare bro please be careful this type of people..

Why they are bashing #MCStan and #GoriNagori just becoz they wanted to play game on their conditions ?

What’s wrong if they want to form a new group separately?#BB16

Colors is so desperate to promote shiv and nimrit bond that they are making #mcstan , #GoriNagori look bad.

But stan & gori are RIGHT ! Why’s salman not talking about WHY the differences came, cus of nimrit!#BB16 #BiggBoss16

According to @BiggBoss if #GoriNagori , #MCStan wants to play is wrong Becoz they are Not Color Face?
And one more thing in Today Episode BiggBoss gives Offical Entry to #NimritAhluwalia in the Group ?

Recently, Colors TV has shared a new promo of Bigg Boss 16 on its social media account, in which Archana Gautam and Abdu Rojic are seen fighting with each other. In the video, Archana is seen questioning Abdu’s captaincy. Younger Bhaijaan did not like his style at all and he got angry on Archana. This promo testifies that the upcoming episode is going to be very interesting.