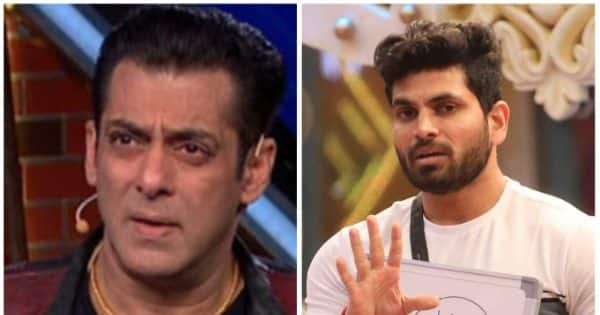 Salman Khan reprimands Shiv Thakare: In the latest episode of Bigg Boss 16, Salman Khan made many revelations. During this, he has reprimanded Shiv Thackeray.

Bigg Boss 16 Update: small screen reality show bigg boss 16 Viewers are looking very excited about (Bigg Boss 16). People are liking this show a lot. A few days ago, there was a fight between Archana Gautam and Shiv Thakare at home, after which Archana grabbed Shiva’s throat. After this, Bigg Boss made Archana homeless from the house. Now on Weekend Ka Vaar, Salman Khan has spoken on this issue. During this, Bhaijaan has reprimanded Shiv Thackeray fiercely.

In the last episode, Salman Khan had already told that he is going to take classes for the family members. He had said that a few days ago there was an incident in the house, about which he is going to talk openly. On this weekend’s war, Salman first reprimanded Archana fiercely. He told her that she cannot use force on anyone. After this, Salman slammed Shiv Thackeray for instigating Archana. He said, ‘When Archana had already told Shiva that you will not talk about his party and didi, then why did you do this. Shiv apologized to Salman Khan on this. He promised that he would not do this from now on.

Archana was thrown out of the house after raising her hand on Shiv Thackeray. However, now Archana is back in the Bigg Boss house. In the latest episode, Salman Khan asked all the family members who wanted Archana to return to this house, after which most of the members supported Archana. Even Shiv Thackeray himself said that he should get another chance. Let us inform that due to getting less votes, Gori Nagori has been thrown out of the house, due to which her fans are very angry.