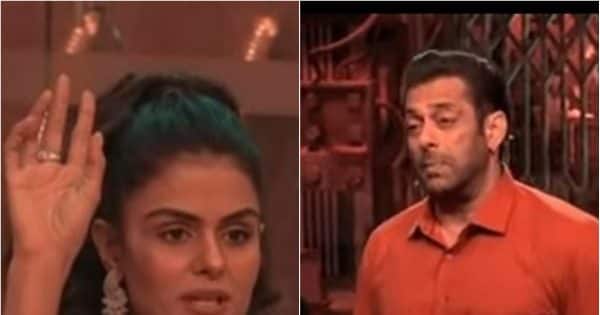 Bigg Boss 16: Colors TV’s famous reality show ‘Big Boss (Bigg Boss)’ is making headlines these days. Priyanka Chahar Chowdhary was also reprimanded by Salman Khan after putting Shaleen and MC Stan’s class in Friday’s war. A new promo video of Bigg Boss 16 has surfaced. In this video, Salman Khan is seen taunting Priyanka. In the video, Salman Khan is saying, “Priyanka self-proclaimed, idol of truth. When the house was already on fire, why were you adding ghee to the fire.” Also Read – Bigg Boss 16 Top 5 Contestants 7th Week: Tina Dutta left out of the list, these members changed the game

It can be seen in the video that when Priyanka Chaudhary (Priyanka Chaudhary) tries to defend herself, Salman scolds her and says that do not give so much stress to your vocal chords. Salman Khan says, “The way you are going, you will become Archana 2 very soon.” People are commenting a lot on this promo video of Bigg Boss 16 and giving their feedback. One user wrote, “Sajid and Shiv, both of them were also adding fuel to the fire, but Colors and Salman have the guts to say something to Bhai Sajid.” So on the other hand, while agreeing with Salman, another user said that you are absolutely right.

tell that Salman Khan Nimrit Kaur was also reprimanded along with Priyanka, after which the ‘Chhoti Sarrdaarni’ actress became emotional. In this promo video of Bigg Boss 16, it can be seen that Salman Khan is saying, “How many people think that Nimrit ki koi apni pehchan nahi hai.” After listening to Salman, all the contestants of the house raise their hands. Nimrit gets emotional due to this attitude of the family members and tells Salman crying that I have gone through a bad phase and you know about it and getting out of this situation has been very troublesome for me. Also Read – Bigg Boss 16: Tina Dutta confronts Sumbul Taukeer because of Shaleen, angrily said- ‘You are between me and her…’