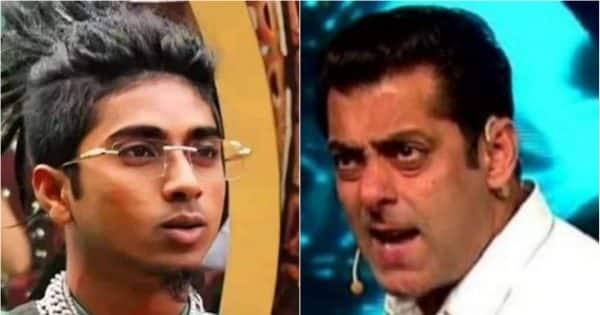 Bigg Boss 16 Promo: In Friday’s war, Salman Khan will be seen reprimanding Shaleen Bhanot and MC Stan. A new promo video of the show has surfaced, in which Salman is seen lashing out at MC Stan.

Salman Khan’s famous reality show ‘Bigg Boss 16’ is getting interesting with time. After Archana Gautam and Shiv Thackeray in the show, now there is a fight between Shaleen Bhanot and MC Stan. The tussle escalated to such an extent that MC Steyn picked up a bouquet to kill Shaleen. Salman Khan will now get angry on this act of MC Stan in the show. In Friday’s war, along with Shalin Bhanot, Salman Khan will also take a class on MC Stan. Recently a new promo video of Bigg Boss 16 has surfaced. In this video, Salman is seen angrily reprimanding Shaleen and MC Stan. Also Read – Bigg Boss 16: Shiv Thackeray caught Shaleen’s neck in the midst of a fight, Gauhar Khan got angry and showed the mirror

Salman Khan in this promo video of Bigg Boss 16 Shaleen Bhanot And MC Stan’s class is being fiercely imposed. In the video, Salman is saying, “One man thought himself to be Bruce Lee and the other man thought himself to be Dara Singh.” Salman Khan fumes when Shaleen demands punishment for MC Stan. In the video, Salman is seen angrily taking off your coat and saying, “Kya permission doon main, isko jaan se mar dalo.” Also Read – Tina Dutta to be evicted from Bigg Boss 16? open polls from voting trends

Later Salman MC scolds Steyn too. In the video, Salman is saying, “Stan, when someone abuses someone, don’t get used to hearing them. Ammi keeps doing Ammi all day long, send this clip to Ammi?” It can be seen in the video that after listening to Salman, Shaleen Bhanot says that now either he will go or I am going. Also Read – Bigg Boss 16: Ankit Gupta is not dating Priyanka Chaudhary but dating this actress! Romantic photos surfaced

This is how the fight started

The feud between Shaleen and MC Stan started with an injury to Tina Dutta. Tina’s leg got sprained during the night, upon which MC Stan and Shaleen arrived to help her. During this, first Stan abused Shaleen, hearing which Shaleen also got angry and he also scolded MC Stan.