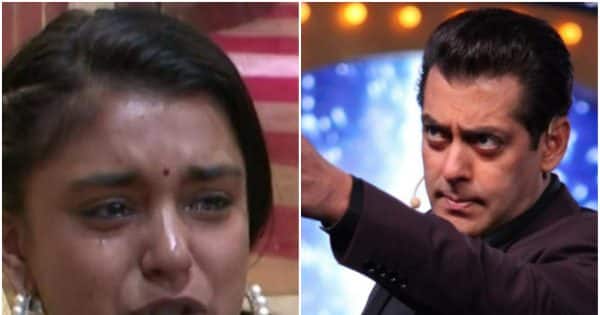 Bigg Boss 16: The last episode of Colors TV’s famous show Bigg Boss 16 was very bang. In the fight between Shiv Thakare and Archana Gautam, Salman supported Archana very well and did a lot of classes for Shiva. Not only Shiva, Salman Khan also scolded Sumbul Tauqeer Khan a lot in Friday Ka Vaar. Salman not only sumbul (Sumbul Toqueer Khan) for putting his leg in the fight of others, but also accused the ‘Tamarind’ actress of forcefully gathering limelight.

In the fight between Archana and Shiva, Sumbul was adamant

Shiv and Archana had a fierce fight in the Bigg Boss house, in which the actress raised her hand on Shiva in anger. Archana had to bear the brunt of her mistake and was thrown out of the Bigg Boss house. However, in Friday’s Vaar, Salman Khan revealed that Shiv Thackeray had tried to forcefully provoke Archana. not merely Salman Told that Sumbul Tauqeer Khan had also tried to enter between Shiva and Archana’s fight. Also read: Bigg Boss 16: Salman Khan praised Archana Gautam in the gathering, Shiv Thackeray kept staring at her

In fact, in the middle of Shiva and Archana’s fight, Sumbul went to Archana in anger and forcibly hit her head with the actress, then later Sumbul also vented anger on Archana. Salman Khan was very angry with this action of Sumbul and he reprimanded Sumbul a lot in Friday Ka Vaar.

Salman Khan asked Sumbul Tauqeer, “What were you doing in the fight between Shiva and Archana? You instigated the family members against Archana too.” Sumbul tries to justify himself on this point of Salman Khan, but Dabang Khan angrily says that no Sumbul you are absolutely right and we are wrong.