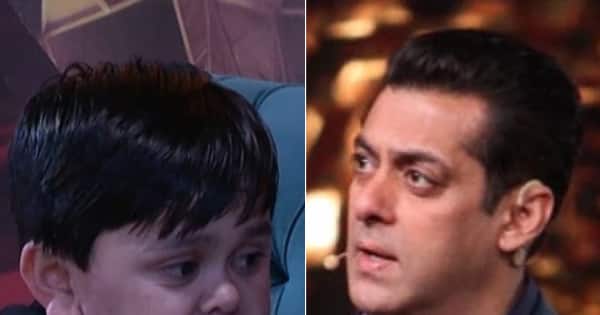 Abdu Rozik bigg boss 16 Twitter ReactionSalman Khan has once again made a strong comeback in Bigg Boss 16. After coming to the show, Salman Khan is seen in his old attitude. For information, let us tell you that Salman Khan had recently got dengue, due to which he was walking out of the show. In his place, Karan Johar was hosting the show. But with the return of Salman Khan, the show’s charm has also returned. But in the meantime, something happened in the house of Bigg Boss 16 which surprised everyone. Let us tell you that the matter is related to the most discussed star of Bigg Boss 16, Abdu Rojic.

Could Abdu Rojic be out of the show?

Salman Khan’s show Bigg Boss 16 remains in the discussion on social media because of the contestants. But Abdu Rojic overpowers everyone. Photos and videos of Abdu are becoming fiercely viral on social media. More recently, Abdu Rojic was nominated. After which people as well as Salman Khan are not happy about it. Salman Khan put everyone’s class on nominating Abdu Rojic. Now a promo video related to this show has surfaced. In which Salman Khan is seen speaking angrily that, all of you are nominating Abdu by saying that he is strong. Would you like to see the result? Now Abdu is leaving home. After hearing this, all the contestants are shocked. Not only this, Nimrat Kaur Ahluwalia starts crying. After this, the fans are looking very sad and the haters are giving this reaction.

Is it only me or others find Abdu Roziq irritating and repetitive. ,

He has no opinions of his own he is a kind of toy that housemates can use and play with.#abdukburgirs #biggboss16 #AbduRoziq #BB16onVS #BB16 #WeekendKaVaar

#AbdulRozik is the most overrated contestant in universe ?

Abdu Rojic will be seen in this film

abdu rojic One of the most talked about contestants of Bigg Boss 16. Many people to Abdu the most Entertainment The contestant’s tag has been given. For information, let us tell you that Abdu is also going to be seen in Salman Khan’s film ‘Kisi Ka Bhai Kisi Ki Jaan’.