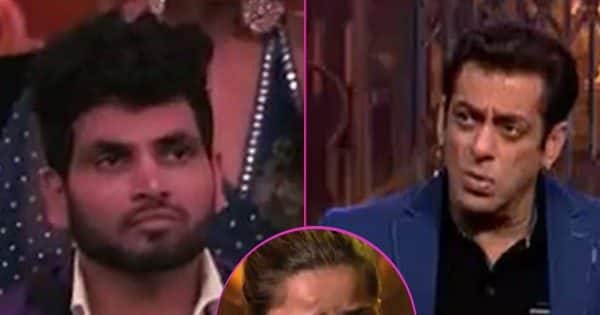 There is a tremendous uproar in Salman Khan’s famous reality show ‘Bigg Boss 16’. In Friday Ka Vaar, Salman Khan fiercely classed Shiv Thackeray and praised Archana Gautam. Now with this, Archana has re-entered the Bigg Boss house. Let us tell you that in the past, Shiv Thackeray and Archana Gautam had a fight, in which Archana got into a scuffle with Shiva. After this incident, Shiv Thackeray created a ruckus, after which Bigg Boss made Archana homeless from the house. In such a situation, everyone was desperate to know what would be the opinion of Salman Khan on this matter.

A video of Bigg Boss 16 is becoming increasingly viral on the internet. In this video Salman Khan Shiv is scolding Thackeray, while Shiv is only staring at the actor. In the video, Salman Khan is saying, “What Archana did was wrong, but Shiva’s was right?” Opening the pole of Shiva in the show, Salman Khan says, “Shiva understood that Archana That’s the trigger. If we talk about its party or about Didi, she will get angry.”

It can be seen in the video that when Shiva tries to justify himself, Salman Khan says, “Dooz doon kya? Your memory is getting very weak.” , Also read: Bigg Boss 16 Winner: Not Abdu or Shiva, but this contestant can become the winner, Salman Khan gave a big hint

Fans expressed happiness on the return of Archana Gautam

Archana Gautam’s bigg boss 16 Fans are very happy on their return and people are praising Salman Khan fiercely. One user commented and wrote, “Uff Archana is back, now it will be fun, lousy Shiva.” So there another wrote, “Today the respect for Salman sir has increased even more.”