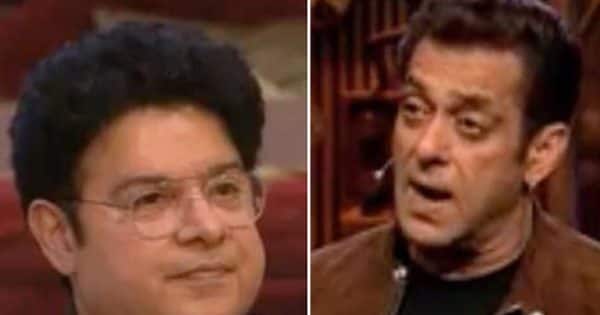 Salman Khan gets angry with Sajid Khan: In the last episode of Bigg Boss 16, Salman Khan was seen taking Sajid Khan’s class. For the first time in the show, Salman Khan has spoken to Sajid Khan in this way. In such a situation, people are praising Salman Khan fiercely.

Salman Khan in the last episode of Bigg Boss 16 Sajid Khan You were seen asking Sajid Khan what are you doing in the show. Hearing this, Sajid Khan told that he is currently playing the game peacefully. When the right time comes, they will show their cards to everyone. hearing this Salman Khan Got furious. Salman Khan told Sajid Khan that you will not get time in this show.

Stop showing hypocrisy and hippocracy in the Bigg Boss house. Otherwise you will be kicked out of the show because of your own reason. Sajid Khan stopped speaking after listening to Salman Khan’s sharp talk. Meanwhile, people have started targeting Sajid Khan once again. One user wrote, ‘Finally Salman Khan has scolded Sajid Khan. He deserves to be abused even more. Sajid Khan is one of the most boring contestants of the show. Take him out of the show.

Another user wrote, The way Sajid Khan is acting with Gori Nagori, his reality is slowly coming to the fore. Salman Khan should take more class of Sajid Khan. While Salman Khan is trying to save Sajid Khan. I don’t know why he hasn’t been kicked out yet.