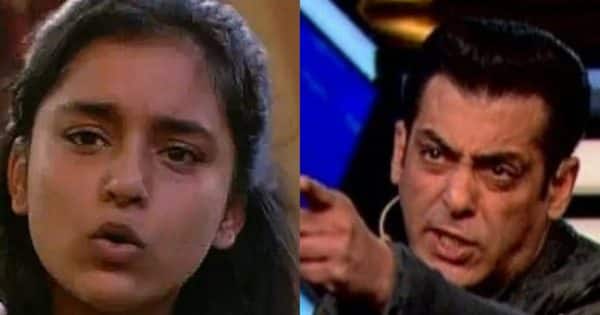 Bigg Boss 16: Salman Khan fiercely classed ‘Imli’ fame Sumbul Tauqeer Khan in Friday Ka Vaar. During this, the actor said that she has become only a puppet of Shaleen.

Salman Khan Slams Sumbul Touqeer Khan: TV’s famous reality show ‘Bigg Boss 16’ is in a lot of headlines these days. While Tina Dutta and Shaleen’s love story is cooking in the show, Abdu is losing heart on Nimrit Kaur. Although Sumbul Tauqeer Khan of ‘Imli’ serial Big Boss I am not able to make any special place. Recently, in Friday Ka Vaar, Salman Khan took a class on Sumbul fiercely and also gave him a reality check. Also Read – Bigg Boss 16: Shaleen Bhanot, who is trapped by calling Sumbul Tauqeer Khan ‘Abe Yedi’, demands to be thrown out

Sumbul Touqeer Khan’s game in the Bigg Boss house has been very nonsensical in the last several weeks, due to which Salman Khan Very angry too. Once again Salman scolded Sumbul a lot. During this, Salman told that she is not appearing in the show at all and now she is just a puppet of Shaleen and she has become an example of the one who always lags behind. At the same time, Salman Khan also said that she does not appear in the game for the whole week, don’t know what you are doing with the game. Let us tell you that not only Salman Khan but also on social media people are calling Sumbul an idiot. Also Read – Bigg Boss 16: These 2 beauties join the list of enemies of Abdu Rojic, the wind changed after the nomination task

Salman Khan in Friday Ka Vaar Sumbul Tauqeer Khan Very insulted. During this, Salman asked him to stand behind the sofa. Later Salman asks Sumbul to go to the bedroom area. Feeling so humiliated, Sumbul had tears in his eyes. After this, Samlaan told the actress that she is seen here in the game. Also Read – The fate of these TV beauties shone by playing small roles, now they are ruling millions of hearts by becoming a lead actress

Apart from this, Salman Khan also did a lot of classes for Ankit in Friday Ka Vaar. While giving a reality check to Ankit, Salman Khan said that he only wants to be in his comfort zone and does not want to come out of it and play. Along with this, Ankit is also pretending that he does not want to live in Bigg Boss house and he wants to get out of here.