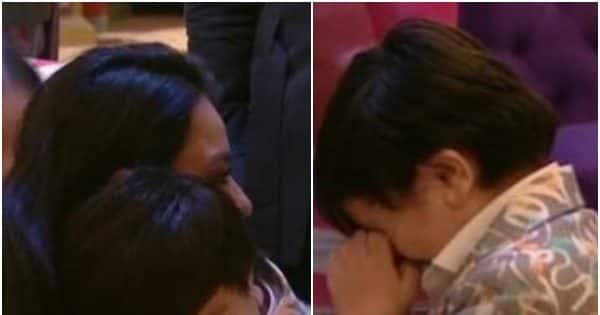 Netizens are in grief as Abdu Rozik quits Bigg Boss 16: Tajikistan’s youngest YouTuber Abdu Rozik has quit from Bollywood superstar Salman Khan’s TV reality show Bigg Boss 16 this weekend. After which there was a flood of reactions of people on Twitter. View Tweets.

Netizens are in grief as Abdu Rozik quits Bigg Boss 16: The past weekend of Bigg Boss 16 was quite surprising. This time in the special episode of Weekend Ka Vaar, Tajikistan’s youngest YouTuber Abdu Rojik is about to leave. Whose glimpse was given by the makers by releasing a promo video on the previous day itself. Now after watching this video, there has been a flood of reactions of people on social media. Abdu Rozik’s sudden leave from home did not go down well with the fans. After this, people have started talking about calling Abdu Rojik back to the house in the internet world. While many people are also targeting Abdu Rojik for the bad behavior of Sajid Khan. Also Read – Bigg Boss 16: Is the relationship of these family members scripted in the show? Contestants exposed each other’s secrets in front of Salman

there are many people who abdu rozic are upset at the departure of the house and for Sajid Khan are aiming at. An internet user commented and wrote, ‘The way Abdu Roujik was being bullied for the past few weeks was broken. Now at least for a few days he will be able to breathe easy and will make a strong comeback at home again. While an internet user commented and wrote that after Abdu Rojik’s departure, he will no longer watch this game show. They want Abdu Rojik back in the house. You can see these tweets that Abdu Rojic received from people here. Also Read – Bigg Boss 16: Ankit Gupta out of the show because of Sajid Khan? Furious fans tore the director to pieces

It won’t be the same without him, gonna miss him? you’ll be back Abdu #biggboss16 #AbduRozik @Abdurozikmusic pic.twitter.com/EyJOC5FdV1

the way #AbduRozik Was getting bullied since last few weeks.

He was feeling heartbroken.

Now at least for few days he will breathe in postive energy & then back in the house to fight back ❤️ pic.twitter.com/Tk09tGfzmK

If hiding emotions is an art.
Then #AbduRozik is master of that art piece.

On multiple occasions -Abdu get deeply hurt but every time he controlled his emotions.

If he gets breakdown, he will cry alone but never in front of anyone.
Abdul is like a diamond? who is born to shine. pic.twitter.com/diiExlGrke

If Abdu didn’t come back My Bigg Boss is Over? They removed him as per there plan.#AbduRozik #BiggBoss16 pic.twitter.com/Cl6V1BcCwP

I can’t? my hope is only on you my hero @BeingSalmanKhan even ik makers will not showing any clip ? still hoping a guidance and strong stand for Abdu for once at least he is so left out Allah help? @ColorsTV @BiggBoss #AbduRozik #BiggBoss16 pic.twitter.com/TbyJfKe8di

I Have Always Cherish This Bond And I Always Will!
There Is Something Special About Them,
Language Barrier+ Heart to Heart Connection!?

my #Shibdu
God Bless These Two And I Hope Abdu Comes Back Soon!
Praying For Ur Speedy Recovery Abdu! LOVE OR TWO?#ShivThakare #AbduRozik pic.twitter.com/IvvU5gp5Kp

Why was Abdu Rojik discharged?

Abdu Rojik’s departure from the house has left fans heartbroken. Many people are perplexed as to why Abdu Rojic has been evicted from the house. According to an information that has surfaced, in fact, Abdu Rojik has been thrown out of the house due to medical reasons. Soon Abdu Rojik is going to enter the Bigg Boss house again. In the past, Sajid Khan had made a lewd joke with Abdu Rojik. Since then, the fans of Abdu Rojik were angry with the makers of Bigg Boss. Along with this, Abdu Rojik’s agency also got angry on the makers of Bigg Boss for the lewd joke made by Sajid Khan. Also Read – Bigg Boss 16: Not only Shaleen-MC Stan, Salman’s anger will explode on these contestants, will teach a lesson one by one