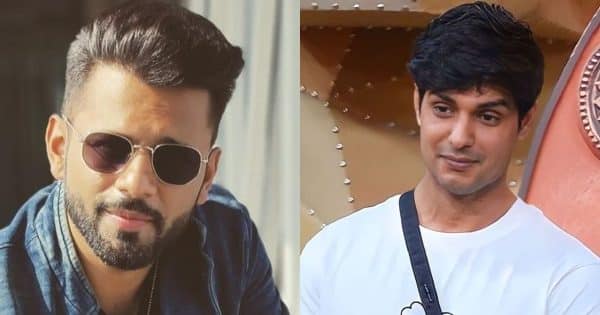 Bigg Boss 16: In ‘Bigg Boss 16’ many contestants want to get Ankit Gupta out of the show, while now a decision of the makers has also surprised the fans. The makers asked Priyanka Chahar Chaudhary to choose one thing from Ankit and Rs 25 lakh. In the midst of all this, Rahul Vaidya has made a tweet.

Bigg Boss 16: controversial tv shows ‘Big Boss’ In the 16th season of Bigg Boss, every contestant is making headlines. Some contestants are seen fighting in the show while some are playing the game keeping calm. but Ankit Gupta (Ankit Gupta) is different from everyone in the house. He speaks the least in the show and for this reason even ‘Bigg Boss’ does not hold back from taunting him. But now the makers of ‘Bigg Boss’ have put Ankit Gupta’s membership in jeopardy. the makers of the show Priyanka Chahar Chowdhary Ankit in front of (Priyanka Chahar Chowdhary) and will be asked to choose any one thing from the prize money of Rs 25 lakh. The video of this occasion has surfaced on social media. Amidst all this the members of ‘Bigg Boss 14’ Rahul Vaidya (Rahul Vaidya) has done a tweet. Rahul has accused the makers of Bigg Boss of targeting Ankit. Also Read – Viewers were stunned to see these 10 cat fights of Bigg Boss, female contestants humiliated each other fiercely

Actually, Rahul Vaidya has made a tweet, in which he openly supported Ankit Gupta. Along with this, he also questioned the makers as to why they are targeting Ankit. Rahul Vaidya wrote in his tweet, ‘Why does Bigg Boss behave so rudely and tauntingly with Ankit?’ It is clear from this tweet of Rahul Vaidya that Rahul Vaidya is not happy with the behavior of Bigg Boss towards Ankit. Let us tell you that some time ago a promo of the upcoming episode of ‘Bigg Boss 16’ has surfaced, in which Priyanka Chahar Chaudhary has an option to get back the prize money of Rs 25 lakh, but for this she has to get Ankit out of the show immediately. has to be decided. Also Read – Vijay Vikram, the voice of Bigg Boss entered the house of Bigg Boss 16, what will happen to the contestants now?

Why is big boss so rude and sarcastic with Ankit?? #BigBoss16

According to the fan page of ‘Bigg Boss’, Priyanka loses Rs 25 lakh by choosing Ankit Gupta in the show, due to which the housemates are shocked. Please tell that this has also happened with Tina and Shaleen Bhanot. During this, Shaleen had chosen 25 lakh rupees while throwing Tina out of the house, which also became an issue. Tina returned to the house the next day and she lashed out at Shaleen. Also Read – Today TV News December 21: Charu Asopa reached Rajeev’s house with daughter, Bigg Boss appeared for the first time in Salman’s show