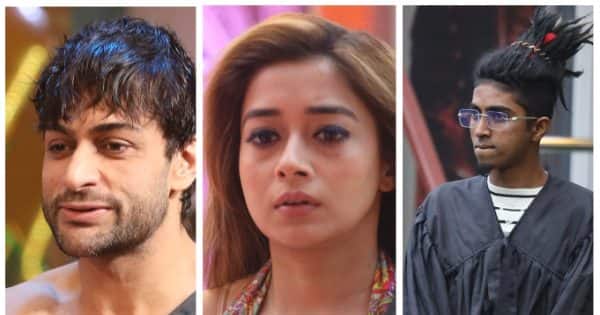 Bigg Boss Update: Today’s episode of Bigg Boss 16 was quite a blast. During this, Shaleen Bhanot and MC Steyn clashed with each other. And Shiv Thackeray has also taken full advantage of this opportunity.

Shalin Bhanot and MC Stan Fight: Controversial reality show of small screen bigg boss 16 These days Sajid Khan is seen as Captain. With his becoming the captain, there have been many changes in the house. Violence is strictly prohibited in this show. But every time it is seen that the contestants are seen breaking this rule. Recently there was a fight between Archana Gautam and Shiv Thackeray. During this, Archana grabbed Shiva’s throat, after which he was evicted from the house. However, Archana has returned to the show. In the latest episode, once again the most important rule of the house was broken. During this there was a fierce fight between Shaleen Bhanot and MC Steyn. Also Read – Bigg Boss 16 Promo: MC Stan loses his temper on Shaleen Bhanot’s ‘abuses’, boxing inside the house

This led to a fight between Shaleen Bhanot and MC Steyn

Actually, Tina Dutta was walking in the living area. During this, his leg gets hurt. Then Shaleen and MC present there come to them. Shaleen tries to fix Tina’s leg. Meanwhile, MC Stan speaks to Shaleen Bhanot, ‘Usse dard ho raha raha bro leave it. To which Shaleen says, ‘I am doing it bro.’ Then MC Stan abuses Shaleen, after which both of them start fighting with each other. During this, there was a lot of abuse between the two. Initially Shiva appears to pacify both of them. But later Shiva confronts Shaleen while introducing his friendship. Please tell that after the fight was over, Shaleen has claimed that Shiva used force on her. Priyanka Chahar has also supported Shaleen on this issue. Now in Weekend Ka Vaar, it will be interesting to see how Salman Khan reacts to this topic. Also Read – Bigg Boss: These contestants were determined to kill each other, had made everyone’s life difficult by fighting

In the recent episode, Archana Gautam once again became the talk of the town. Again he has grabbed headlines. Actually, Archana Gautam did not do any household work, after which Sajid Khan opened a front against her. Shiv and Nimrit throw out all of Archana’s clothes on Sajid’s orders. Archana became very emotional after seeing all this happening. Let us inform that this week the sword of nomination is hanging on 3 members of the house, in which the names of Shaleen Bhanot, Tina Dutta, Soundarya Sharma and Gautam Vij are included.