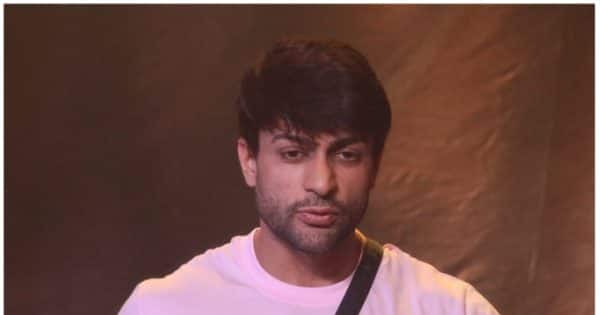 Shalin Bhanot challenges Bigg Boss: In the recent episode of Bigg Boss 16, there was a fierce fight between Shalin Bhanot and MC Stan. Today Bigg Boss called Shaleen, Tina Dutta and Stan in the confession room. During this, Shaleen gave an open challenge to Bigg Boss.

Bigg Boss 16: Show hosted by Bollywood star Salman Khan bigg boss 16 Every day new twists and turns are being seen. This show has become very interesting now. Where till a few days ago Tina Dutta and Shaleen Bhanot were very good friends of each other. Both had come very close to each other. At the same time, Shaleen and Tina are seen fighting with each other. Actually, there was a fight between Shaleen and MC Stan in the last episode. During this, there was a lot of abuse between the two. At the same time, Shiv also openly supported Stan. Initially Shiv Thackeray tried to pacify both of them. However, later Shiv introduces his friendship and confronts Shaleen. After the fight is over, Shaleen comes in front of the camera and claims that Shiv used force on her. Now on this issue, Bigg Boss had called Shaleen Bhanot, Tina Dutta and MC Stan in the confession room, during which Shaleen has openly spoken in front of everyone. Also Read – Bigg Boss 16: Salman Khan lashed out at Shaleen Bhanot, said about MC Stan – ‘Kill him with life…’

In the latest episode of Bigg Boss 16, Shaleen Bhanot has surprised everyone with her style. When he was in the confession room, he put on a vat from Tina Dutta to MC Stan. Even Shaleen flatly refused to listen to Bigg Boss. Please tell that in the confession room, Bigg Boss first asked Tina Dutta to narrate the whole story as she was also present there during the fight. Tina narrated the entire episode to Bigg Boss. But Shaleen was not much interested in this story of Tina. He clearly told Bigg Boss to either evict him or throw Stan and Shiv out of the house. At the same time, Bigg Boss tried to pacify Shaleen. However, Shaleen did not listen to even one of them. After this, Bigg Boss asked Tina whether MC Stan should be thrown out of the show because of this incident, to which Tina said, “No, both were at fault.” But in this case Stan was more wrong. Despite this, I do not want her to be homeless. Hearing this decision of Tina, Shaleen’s temperature became high. He lashed out at Tina Dutta for this. Also Read – These stars are bent on drowning the loot of Bigg Boss 16, some have become puppets and some are snoring everyday

After this, Shaleen spoke to Bigg Boss alone. He said that if he is not evicting Shiva and Stan then he does not want to stay in this house. Bigg Boss explained a lot to Shaleen but he too lost in the last. He said that Salman Khan will take a decision on this in the next episode. Now the viewers are eagerly waiting for the upcoming episode of Bigg Boss 16.