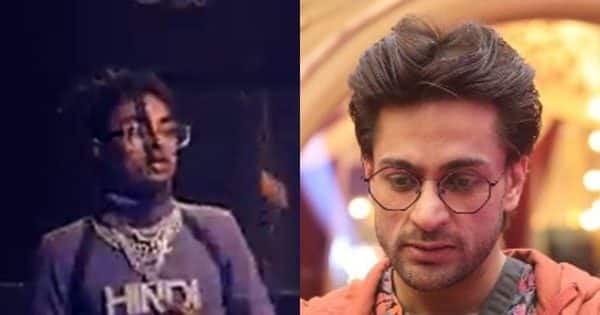 Bigg Boss 16 Promo: Shaleen Bhanot and MC Stan are at loggerheads once again in Bigg Boss 16. A new promo of the show has surfaced, in which, during the nomination task, MC Stan nominates Tina Dutta, which leaves Shaleen Bhanot fuming.

Bigg Boss 16 Promo: Controversial reality shows on TV ‘Bigg Boss 16’ (Bigg Boss 16) has been in constant discussion. Viewers are talking about the friendship of the contestants more than the enmity this season. There is definitely a fight between someone or the other everyday in the show and the same will happen in the upcoming episodes. In the last episode, it was seen that MC Stan has become the captain of ‘Bigg Boss’ house and along with him Soundarya Sharma (Soundarya Sharma) and Sreejita Dey are also captains. Whereas, now the upcoming episode will be in the name of nomination task, in which there will be a fierce fight between MC Stan and Shaleen Bhanot. This fight between the two will be for Tina Dutta. Please tell that both have already fought for Tina Dutta. Also Read – Bigg Boss 16: Abdu Rojik ready to rock the show again, will enter the house this weekend!

The makers of ‘Bigg Boss’ have shared the promo of the upcoming episode of the show on social media, in which Shaleen and MC Stan are seen fighting badly. It can be seen in the video that during the nomination task, MC Stan takes the name of Tina Dutta and nominates her. During this, Tina flares up and she comments on MC Stan’s jewellery. At the same time, Shaleen Bhanot also jumps into this debate. Shalin tells Stan not to be smart here. Also Read – Bigg Boss 16: Archana Gautam competes with Bhojpuri beauties in boldness, will stop breathing after seeing the pictures

MC Stan, Shalin and Tina’s beach is hot, what can you do to calm down? ,

this is how the dispute will calm down

MC Stan also gets angry on Shaleen’s talk and then both of them talk about killing each other. The tu-tu-main-main between Shaleen and Stan escalates, due to which MC Stan steps forward and says whether to stay here or not. At the same time, seeing MC Stan getting so angry, the other contestants also go in between and pacify him. Let us tell you that a very good relationship was seen between MC Stan and Tina Dutta in the show. For this reason, Tina is shocked when Stan nominates her. Also Read – Before Tina Datta, these beauties also got the tag of ‘house breaking woman’, people raised questions on the affair!!