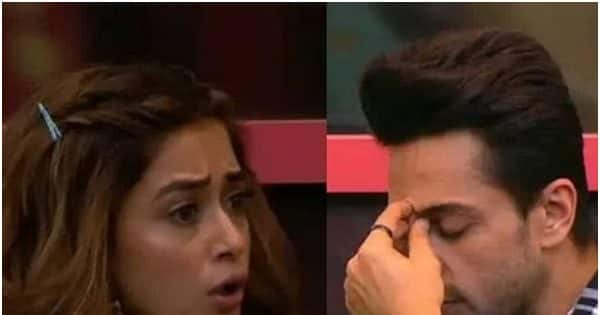 Big Boss 16: Bollywood superstar Salman Khan’s controversial TV reality show Bigg Boss 16 is becoming very popular. The stars of this TV show have finally started impressing the fans. TV serial actress Tina Dutta is also seen in Bigg Boss 16. Whose relationship with actor Shaleen Bhanot is showing a lot of ups and downs these days. In the last episode of Bigg Boss 16, once again Tina Dutta and Shaleen Bhanot were seen clashing with each other. After which the matter reached the point of abusing in the fight. After this, Shaleen Bhanot threw a cigarette packet on the actress and killed her. Also Read – Bigg Boss 16: Is the relationship of these family members scripted in the show? Contestants exposed each other’s secrets in front of Salman

He was not charging towards her, he got angry and moved towards her in a hurry but he knows his limits, at least in the show. Anyway I think it is a matter of change to banega and Shalin ko daant paregi :/ #ShalinBhanot #BiggBoss16

Not only this, during this conversation, Shaleen Bhanot had even called Tina Dutta a donkey in anger. While Tina Dutta was repeatedly seen calling the actor words like bewakoof, duffer, stupid. The fight between these two will be seen to intensify in the upcoming episodes as well. Also Read – Bigg Boss 16: Not only Shaleen-MC Stan, Salman’s anger will explode on these contestants, will teach a lesson one by one

Please tell that Shaleen Bhanot and Tina Dutta were seen liking each other during this show. Although many people were calling it a fake love angle. Later, Tina Dutta ended her relationship with Shaleen Bhanot during her eviction from the house. After this, ever since she has come back in the house, there has been a tussle between the two.