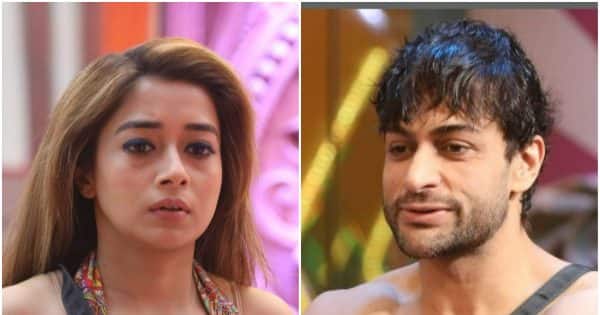 Tina Dutta Re Enter In Bigg Boss 16: A new promo video of Bigg Boss 16 has surfaced, in which Tina Dutta is seen returning to the Bigg Boss house. Shaleen Bhanot gets shocked seeing Tina in this video.

famous reality shows of tv bigg boss 16 These days a lot of uproar is being seen in Bigg Boss 16. Everyone was shocked by Tina Dutta’s elimination in the show, neither the contestants nor the audience could believe that Tina has been evicted from the Bigg Boss house. The biggest blow of Tina’s eviction was felt by Shaleen Bhanto. Even Shaleen cried while talking about his heart to Priyanka. But when ‘Utran’ actress goes out of the show, Shaleen Bhanot showed her real face to the public. Also Read – This contestant of Bigg Boss 16 will become Ekta Kapoor’s new Naagin, makers started talks!

Shalin Bhanot made fun of his relationship with Tina

A new video of Bigg Boss 16 has surfaced, in which Tina Dutta After leaving Tina Dutta, Shaleen Bhanot is making fun of his relationship with the actress. in video decent Saying to Sreejita Dey, “You think I will cry, I am only worried about my food. What do you think, I did not like Tina very much. I did not even talk to her when I went out.” After this video of Shaleen Bhanot went viral, the real face of the actor has come in front of the audience. Also Read – Bigg Boss 16: Not only Sajid Khan, these contestants were also part of the controversy, one was accused of assault by the wife

Shaleen turns around on seeing Tina

However, as soon as Bigg Boss announces that the test of friendship is the most fun to watch, it appears on the TV screen. Bigg Boss puts a condition in front of Shaleen that if he wants to see Tina Dutta back in the show, he will have to sacrifice Rs 25 lakh from the prize money by pressing the buzzer. Shalin accepts Bigg Boss’s request and presses the buzzer, which allows Tina Dutta to re-enter the Bigg Boss house. But as soon as she enters the house, Tina lashes out at Shaleen. Also Read – Will Priyanka Chahar Chowdhary be the winner of Bigg Boss 16? Fans got excited after seeing this picture surfaced

People are commenting a lot on this promo video of the show and giving their feedback. One user commented, “Shaleen Bhanot is a reality show and now everyone has seen the real face of Shaleen. Now earning Rs 25 lakh is not worth it.”