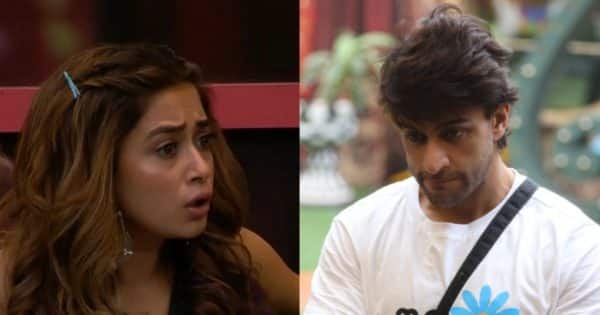 Bigg Boss 16 Promo: A new promo of the upcoming episode of Bigg Boss 16 has come out, showing a fierce fight between Tina Dutta and Shaleen Bhanot. During this, Tina also threatens to slap Shaleen hard.

Bigg Boss 16 Promo: Controversial reality show of Salman Khan bigg boss 16 Tina Dutta in (Bigg Boss 16) and Shaleen Bhanot No one understood the relation of (Shalin Bhanot). From Salman to the audience, the relationship between the two has been told as fake and mean. Not only this, Bigg Boss himself has also been seen saying that he should not talk about the bond between the two. The reason for this is that Shaleen and Tina have come close many times in the game and there have been fights many times. But in the upcoming episode Shaleen Bhanot, Tina Dutta (Tina Dutta) will be seen raising questions on the character itself, due to which the actress will be so enraged that she will drag Shaleen’s ex-wife Daljit Kaur in this matter. Also Read – Bigg Boss 16: Archana Gautam and Soundarya Sharma’s relationship suffers from the game, a fight broke out between the two over food

Shaleen made this allegation on Tina Dutta

Actually, a new promo of Bigg Boss 16 has come out, in which Shaleen ticket to finale round Nimrit Kaur Ahluwalia (Nimrit Kaur Ahluwalia) which infuriates Tina Dutta and Priyanka Chahar Chowdhary. It can be seen in the promo that Bigg Boss asks all the contestants the name of the captain of the house, then Shaleen takes Nimrit’s name, which infuriates Tina and Priyanka. In this fight, Tina calls Shaleen double-faced and then the actors get enraged. Shaleen says that you have done planning and plotting. What a liar you are Tina. If one boy ends up with you, you start sticking with the other. Also Read – Bigg Boss 16: Shaleen Bhanot shows Attitude to Priyanka Chahar Choudhary, insults her in front of the troupe

Tomorrow #BiggBoss Promo:#ShalinBhanot said to #TinaDutta : You are so double-faced that when one boy ends, you start sticking with the other (he means #MCStan ,

Tina Dutta gets very angry on this talk of Shaleen Bhanot and tells her to slap her. However, when Shaleen does not calm down, Tina takes Dalljiet Kaur’s name in this whole matter and says that when he could not keep the dignity of his wife. So what to expect. After this, Tina Dutta also insists on leaving the show. The actress says that now she has to go out of the show this week. Now it has to be seen how far this whole matter goes. Also Read – Today TV News January 17: Kundali Bhagya to see Dheeraj Kapoor’s entry, Bigg Boss 16 to have 6 finalists