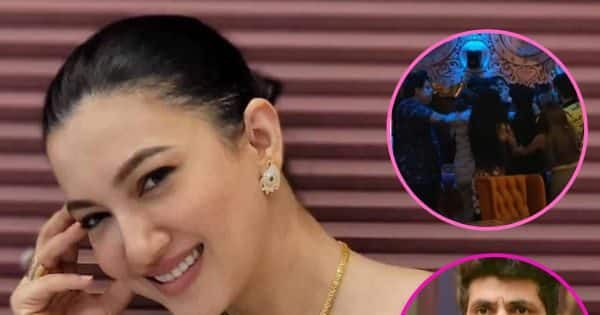 Gauahar Khan expressed her displeasure over Shiv Thackeray holding Shaleen Bhanot’s neck, and also slammed MC Stan. Gauahar Khan wrote in her tweet, “Shiv literally grabbed Shaleen’s face and pushed her in the back, near the neck. So shouldn’t Shiv have excused himself? Shaleen did nothing wrong yesterday. She was stung. He had abused unnecessarily. His language is already bad. His whole group is full of miscreants.

Shiv literally held Shalin’s face n pushed it back, near his neck. So shouldn’t shiv evict himself?????? #bullies , Shalin did not do anything wrong, he got unnecessarily abused by Mcstan. His language is so so bad. Sick that whole group is full of bullies!

Please tell that apart from Gauahar Khan, Rahul Vaidya is also MC Stan and Shiv Thackeray appeared against. He tweeted, calling MC Stan and Shiv Thackeray wrong and wrote, “Both were very wrong today and both have physically assaulted Shaleen. Both should be thrown out of the house. It was Stan who first abused Shaleen.” And Shiv scratched Shaleen’s face, which is really wrong and not acceptable.” Also Read – These stars became victims of age shaming in Bigg Boss, embarrassed due to growing age

MC stan and shiv were very wrong today & both became physical on shalin! Both should be thrown out because It was Stan who abused first & charged on to Shalin and Shiv Scratched Shalin’s Face which was in extremely bad taste & is absolutely unacceptable!#BiggBoss16

What was the case of Shaleen Bhanot and MC Stan?
tell that bigg boss 16 In Bigg Boss 16, MC Stan had abused Shaleen Bhanot on the previous day. On this, Shalin Bhanot also left no stone unturned to tell him the opposite and started abusing his parents. Stan was enraged upon hearing the abuse for the family and resolved to kill Shaleen. Also Read – Sajid Khan became a victim of shaming in Bigg Boss 16, Archana Gautam made fun of him by calling him an old man