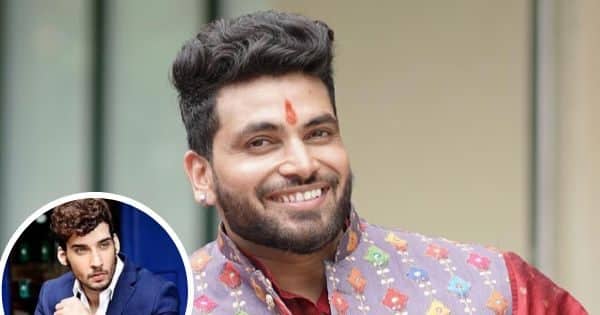 Bigg Boss 16: Bigg Boss 16 has started making a splash on TV. The special thing is that the captain of the third week has been selected and that captain is none other than Shiv Thackeray. He won the captaincy crown by defeating Priyanka Chahar Chaudhary.

Bigg Boss 16: Salman Khan’s show ‘Bigg Boss 16’ has left no stone unturned to win the hearts of the people. In this show of Salman Khan, where stars like Tina Dutta, Shalin Bhanot are targeted by the people, then there shiv thackeray (Shiv Thakare), Ankit Gupta and Priyanka Chahar Choudhary People like the style of contestants like (Priyanka Chahar Chaudhary). As a week has been completed with Gautam Vij as the captain in the show, there will be another captaincy task in the house today, which will be between Priyanka Chahar Chaudhary and Shiv Thackeray. At the same time, news is coming recently that no one else has won this task but Shiv Thackeray. In such a situation, he was elected the captain of the house in the third week.

Exclusive – #ShivThakare is the New Captain of the house and all the Chugli gang planning to make his captaincy worst.#BB16 #BiggBoss16 pic.twitter.com/zDysxFSgCC

When it was Nimrit vs Priyanka in video & star task, ppl chose priyanka (even nimrit’s frnds) for genuine reasons. When it is captaincy b/w her and #ShivThakare ppl wud want him to be the captain over her coz he is more likeable by most.
One vs all kya hai #ShivThakare


‘Bigg Boss 16’ According to sources related to (Bigg Boss 16), shiv thackeray A new captain of the house has been made. Although his successBig Boss 16′ Some contestants of (Bigg Boss 16) did not like it, due to which they have started weaving a net against Shiv Thackeray. Let us tell that the audience was also very happy after Shiv Thackeray became the captain. Expressing happiness over Shiv Thackeray becoming the captain, a user wrote, “According to livefeed, Shiv Thackeray is the new captain of the house. Wow.” So on the other hand, another user reacted to his match with Priyanka and wrote, “When the captaincy task happened between Priyanka and Shiv, people wanted to see Shiva as the captain, because he is more liked.”

#ShivThakare correctly said why he had get less footage on week 2.