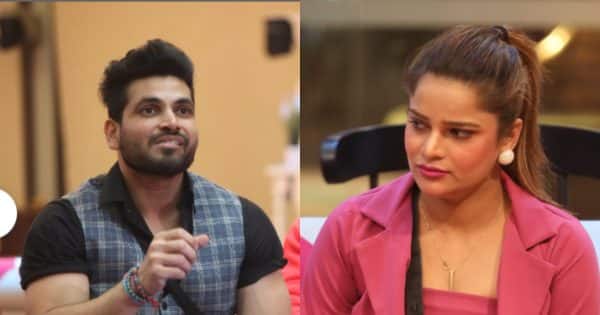 Bigg Boss 16 Promo: A new promo of Bigg Boss 16 has surfaced, in which Shiv Thackeray and Archana Gautam are seen fighting badly during the ration task. During this, worship of Shiva is also called dirty intention.

Bigg Boss 16 Promo: Controversial reality show on TV bigg boss 16 Fighting is common in Bigg Boss 16. There has not been a single day in the show when there has not been a fight between the contestants. Biggest fight this season Archana Gautam (Archana Gautam) has happened. She has messed with every contestant and will face her once again in the upcoming episode. Shiv Thackeray (Shiv Thakare). In the upcoming episode, Shiv Thackeray will be enraged to see Archana Gautam’s actions in the rationing task, due to which he will call her dirty thinking and neeti wali tax. Let’s show you the promo. Also Read – Bigg Boss 16 Promo: Shiv Thackeray opens Priyanka Chaudhary’s game among fans, Shaleen also gossips in the confession room

Archana will mess with Shiva

In fact, the makers of Bigg Boss 16 have shared a new promo of the show on social media, in which Archana and Shiv Thackeray are seen clashing during the rationing task. It can be seen in the promo that this time Bigg Boss has brought a huge twist in the rationing task. Each contestant has to do their own part of the shopping and for this they have some limited money. But the price of ration is in thousands. With this, Soundarya buys something of Archana’s choice, on which Bigg Boss scolds her. On this, Archana says that even Shiv will exchange himself.

watch promo Also Read – Bigg Boss 16: Sumbul is giving tough competition to Priyanka and Shiv, you will be shocked to see the list of top five

Shiv is ignoring them from last 3-4 weeks due to which their game has become zero like their personality?#ShivThakare #BiggBoss16pic.twitter.com/psJ962oPCL

Archana will get this answer

It can be seen in the promo that Shiva also comes forward and answers this thing of Archana. He says that your intention and your thinking are so dirty… This water is visible, isn’t it, your thinking is dirtier than this. After this the fight starts between the two. Meanwhile, Shiv Archana is also called a sinful doll of dirty thoughts. Also Read – Bigg Boss 16: These 4 members stuck in nomination quagmire, Tina Dutta falls again

These contestants got nominated this week

In Bigg Boss 16 last week three contestants got evicted from the house and now four contestants have been nominated in Salman Khan’s show. This week Sumbul Touqueer Khan, Shaleen Bhanot, Tina Dutta and Soundarya Sharma are stuck in the nominations.