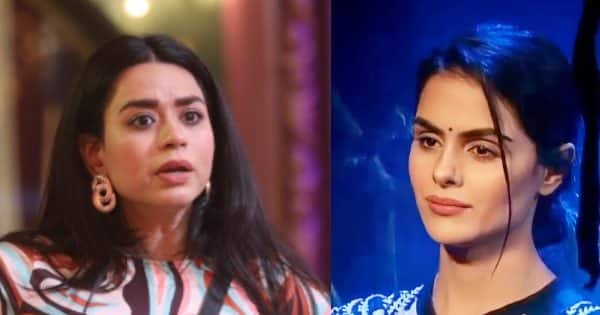 Bigg Boss 16: Soundarya Sharma is rocking ‘Bigg Boss 16’. He and Priyanka Chahar Chaudhary used to get along well in the show but now both are living far away. Meanwhile, a video of Soundarya is going viral in which Soundarya is speaking half-literally to Priyanka.

Bigg Boss 16: controversial tv show ‘Big Boss’ The 16th season of Bigg Boss is ruling the hearts of the fans. Makers and contestants are trying everything possible to take the show higher in the TRP charts. Meanwhile, the news of the extension of the show has also made the fans happy. ‘Bigg Boss 16’ has been extended for 5 weeks, due to which the contestants are happy and now everyone is gearing up to win the Bigg Boss 16 trophy. Meanwhile, on social media Soundarya Sharma A video clip of (Soundarya Sharma) is going viral, in which she Priyanka Chahar Chowdhary (Priyanka Chahar Choudhary is seen doing evil). For this reason, he is also being trolled. Also Read – The makers of Bigg Boss 16 cut Sumbul’s fees by 50 percent, the amount of these contestants has also been tampered with

Actually, Soundarya Sharma and Sreejita Dey are seen in the viral video and both are sitting on the top of the garden area. During this, both of them are talking about Priyanka Chahar Chaudhary, due to which both of them seem to be getting along well. In the video, Soundarya Sharma is seen saying that Priyanka Chahar Chowdhary is proud that she had a hit show like Udariyaan. But I am also no less. I am also an ortho doctor as well as an actress. She always shows her work in battle. We never show it. Meanwhile, Soundarya gives Priyanka’s half-read words in gestures, due to which Priyanka Chahar Chaudhary’s fans are trolling her.

Sondrya is saying that Pri is not graduate like her.
She can easily flaunt about things but she don’t cz she consider herself a great lady!
Fu*k you arrogant bit*h just go to hell with your dentist degree?!#PriyankaChaharChoudhary #PriyankaPaltan #priyankit #BiggBoss16 #BB16 pic.twitter.com/ayTqE0DB0d

Trolling Soundarya, a user wrote, ‘It is better to manage home and friendship after studying till 12th than kissing after studying for a doctor’. Another user wrote, ‘Hey sister, he has supported his family financially. She was not born with a silver spoon in her mouth like you. You are a dentist. What changed Both of you are still on the same platform. Apart from this, users have also made more comments. Also Read – Bigg Boss 16: Rahul Vaidya lashed out at the makers after seeing the planning to evict Ankit, asked this question

Soundarya about Priyanka:- “SHE ISNT HALF EDUCATED” like wowwww?

Arey behen she started to finance her family, she is not born with silver spoon on mouth like you, u being dentist, what has changed , u both are still in same platform and pri is more loved

, If you go to the doctor and ask for a chat, it is better to go home and take care of your friends.#PriyaAnkit @ColorsTV @BiggBoss kya sach me koi kiski profession and education ke upar jaa sakte hai,ya in sabke contract #PriyaAnkit se alag tha? https://t.co/TLmzTBXwT7

Let us tell you that in Bigg Boss 16, a lot of closeness was seen between Soundarya Sharma and Gautam Vig, due to which both were trolled a lot. However, both say that they are serious about their relationship. Gautam is out of the Bigg Boss house. Also Read – Bigg Boss 16: When MC Stan threatened to take Shaleen out of the house, people got angry, said- ‘This is dangerous’