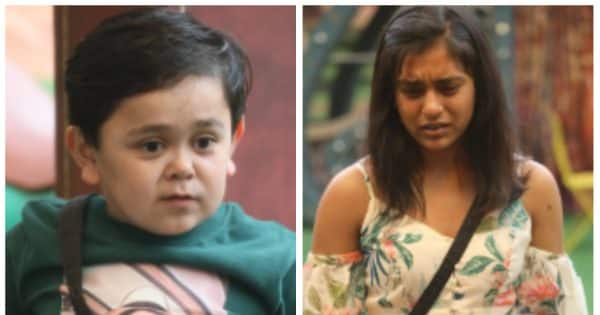 Bigg Boss 16 Update: In the recent episode of Bigg Boss 16, the nomination task took place, after which many contestants including Abdu Rojic were nominated. Users are telling the reason for Abdu’s nomination to Sumbul Tauqir Khan.

Sumbul Touqeer trolled for nominating Abdu Rozik: TV’s most controversial reality show bigg boss 16 (Bigg Boss 16) is very much liked by the audience. The game of Bigg Boss is slowly getting interesting. Let us tell you that recently Manya Singh has been out of this show, due to which her fans have suffered a major setback. Now once again the nomination task took place at home, after which many contestants were nominated. The list includes names from Tina Datta to Gautam Vig. At the same time, everyone’s favorite contestant ‘Chhota Bhaijaan’ i.e. Abdu Rojic has also been nominated. The sword of nomination hangs on him because of Sumbul Tauqeer Khan. Sumbul is badly trapped by taking the name of Abdu. Everyone is seen trolling him on social media.

Sumbul Tauqeer Khan got trolled because of this

Actually, Sumbul Tauqeer Khan and Gautam Vij had to take the name of one member to make one of them homeless from Bigg Boss 16 with mutual consent. In front of him were Priyanka Chahar and Abdu Rojic. In such a situation, both of them nominated the name of Abdu Rojic with mutual consent. After this Sumbul went to Abdu and started apologizing to him. However, after being nominated, Abdu’s heart broke and he became emotional. Seeing Abdu like this, Shiv Thackeray could not control himself and he too became emotional. Let us tell you that the fans of Abdu Rojic are constantly seen lashing out at Sumbul Tauqir Khan on social media. Social media users are trolling fiercely by calling Sumbul a fake.

Nominating #AbduRozik is a very below the belt gameplay by #SumbulTouqeer,
She knows that Abdu won’t fight back and she can show that she is taking stand for her individual decision. Not expected from you Sumbul.

The blame of nomination fell on these contestants including Abdu Rojic

Let us inform that 7 contestants of Bigg Boss 16 have been nominated which includes the names of Abdu Rojic, Shiv Thackeray, Tina Dutta, Gautam Vij, Gori Nagori, Nimrit Kaur Ahluwalia and Soundarya Sharma. However, now it will be very interesting to see which contestant gets homeless this week.