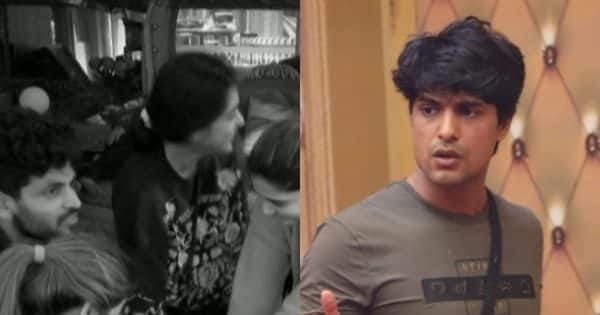 Bigg Boss 16: Planning is on to evict Ankit Gupta from Salman Khan’s show. A group of some contestants has been formed in the show. For this reason, Ankit Gupta’s fans have become active on Twitter and his name is trending.

Bigg Boss 16: Controversial reality show of salman khan ‘Big Boss’ In the 16th season of Bigg Boss, every contestant is constantly in the news for one reason or the other. Everyday fights are happening in the show and in between everyone tries to get their point across. But in ‘Bigg Boss 16’ Ankit Gupta (Ankita Gupta) is the only contestant who does not argue with anyone much and now some contestants have decided to evict him from the house. In the last episode, late night Archana Gautam was seen sitting with Sajid Khan’s troupe planning to get Ankit Gupta out, after which Ankit Gupta’s fans have become active on Twitter and everyone is supporting him. Also Read – Before Tina Datta, these beauties also got the tag of ‘house breaking woman’, people raised questions on the affair!!

Will these housemates evict Ankit?

It so happened that Soundarya Sharma and Archana Gautam Priyanka Chahar Chowdhary (Priyanka Chahar Choudhary) and Ankit Gupta and in the last episode he was seen sitting with Sajid Khan and his troupe. During this, Archana repeatedly calls Ankit the groom and says that now she will take him out. Shiv Thackeray, Soundarya Sharma, Sumbul Tauqeer Khan, Nimrit Kaur Ahluwalia also talk about supporting Archana on this matter. But Sajid stays away from this whole group. At the same time, seeing all these contestants talking like this, now Ankit Gupta’s fans are enraged, after which #AnkitIsTheBoss is trending on Twitter. Also Read – Bigg Boss 16: ‘Can’t live without boys… broke many people’s houses’, Sreejita spews venom against Tina Dutta

Ankit Gupta’s fans are telling lies to Archana Gautam. A fan wrote, ‘Ankit is the boss and will be till the end, Insha Allah. This circle will be very nice together with the aunties of the locality, this is their real face. Another fan wrote, ‘Now we will keep taking Ankit Gupta to the finale. Then there will be a slap on the faces of these family members. The planning of his nomination only shows how scared he is. Fans are making more similar comments. Also Read – Viewers were shocked to see these 10 cat fights of Bigg Boss, female contestants humiliated each other fiercely

This housemate got nominated

Please tell that this week the sword of nomination is hanging on Sreejita Dey, Tina Dutta, Vikas Manaktala and Ankit Gupta. In the nomination task, the family members took the maximum names of these four contestants, after which one of them can be out this week.