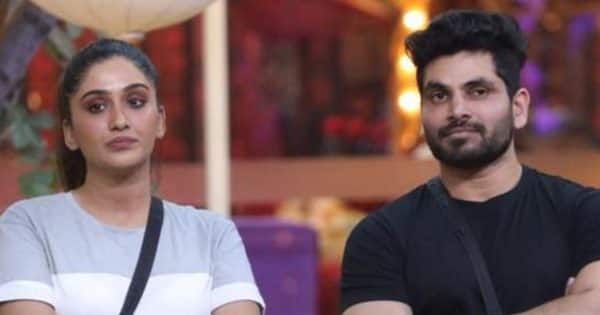 Bigg Boss 16: With the announcement of ticket to finale in Bigg Boss 16, the whole game has turned upside down. Along with this, Sajid Khan’s troupe has also been broken in the show and a new group of three contestants has started.

Bigg Boss 16: Controversial reality show of salman khan bigg boss 16 In Bigg Boss 16, the troupe was very much discussed. Sajid Khan formed a group soon after coming into the house, which now includes Shiv Thackeray, MC Steyn, Nimrit Kaur Ahluwalia and Sumbul Taukir Khan. Many contestants could not shake this troupe while Sajid was there. Many times there was talk of dividing it but all failed. but now Sajid Khan As soon as Sajid Khan left the show, this troupe also got disintegrated. Nimrit for ticket to finale in the show and Shiv Thackeray (Shiv Thakare) was seen fighting. Ahead of the finale, a new gang is also emerging, who are sitting together for the game. Also Read – Tina Dutta got a new TV show even before the finale of Bigg Boss 16, entry will be in this serial !!

Actually, a new promo of the upcoming episode of Bigg Boss 16 has come out, in which Nimrit Kaur Ahluwalia The battle for ticket to finale begins between Nimrit Kaur Ahluwalia and Shiv Thackeray. During this, some contestants support Nimrit and some support Shiva. However, meanwhile, Nimrit questions Shiv as to why he took Priyanka Chahar Chowdhary’s name instead of her. It can be seen in the promo that Nimrit says that you have taken the name of MC and Priyanka. That Priyanka who is busy tearing us to shreds here. Along with this, she also questions that from where did Priyanka come in Shiv’s priority and then there is a little tu-tu, main-main between the two. Also Read – Pathaan: Why Shahrukh Khan will not promote the movie Pathan in ‘Bigg Boss 16’?

New gang made of these three contestants in the house

During the fight between Shiv and Nimrit, it was also seen that Nimrit was seen with Shaleen Bhanot and Soundarya Sharma. All three stayed together in this task and Shiva also notices this. In the promo, he is also seen speaking to MC Stan that nowadays his bond with Shaleen looks different. On the other hand, Nimrit also tells Shaleen that now all the layers of Shiva are being revealed. It is clear from this promo that as soon as the matter of ticket to finale has come to the fore in the house, the real truth of the friendship of the contestants has also come to the fore. Also Read – Bigg Boss 16 Promo: Astrologers will reveal the secrets of the family’s fortunes, Shalin Bhanot will get special advice!!