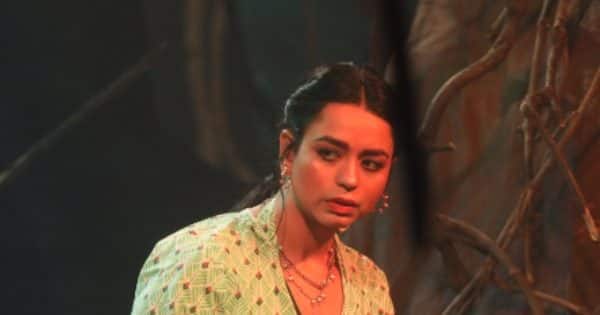 Bigg Boss 16: In ‘Bigg Boss 16’ this week too, three contestants will become captains, whose names have come to the fore. Soundarya Sharma, MC Stan and Sreejita Dey will be the captains of the show this week.

Bigg Boss 16: Controversial reality show on TV Big Boss The 16th season of Bigg Boss is in constant discussion. The makers of the show are coming up with such twists every day, due to which the show is being discussed on social media. It was seen in every season of the show that every week a contestant becomes the captain in Bigg Boss house. But in Bigg Boss 16 last week, not one but three contestants became captains and the same is going to happen this week as well. Like last week, this week also Soundarya Sharma has become the captain and along with her two more members of the house have become captains, whose names have come to the fore. Also Read – Salman Khan lost his temper while explaining to MC Stan and Shaleen, even behind these contestants, he was furious

These are the three new captains of the house

Actually, there are many fan pages of this popular TV show on social media, in which information related to the show is given. ‘The Khabri’ is also one of them and on it the names of the three contestants who are going to rule the house this week have been mentioned. It is claimed that apart from Soundarya Sharma, Sreejita Dey and MC Stan have become captains this week. The latest tweet from The Khabri reads, ‘MC Steyn, Soundarya Sharma and Sreejita Dey are the new captains of the house.’ Fans are happy on this tweet while some fans are also surprised at MC Stan becoming the captain. Also Read – Bigg Boss 16: Abdu Rojik ready to rock the show again, will enter the house this weekend!

This is how the task of captaincy happened

Before this tweet, a promo of ‘Bigg Boss’ has also surfaced, in which all the contestants are seen completing the captaincy task. However, this task is not completed. The housemates are on one side in the task. On the other side are Vikas Manaktala and Soundarya Sharma, who made it to the captaincy row through a process. But both of them were not seen completing the task, due to which ‘Bigg Boss’ himself throws Soundarya and Vikas out of the game. Now how did Soundarya become the captain of the house this week? You will know this only after watching today’s episode. Also Read – Bigg Boss 16: Archana Gautam competes with Bhojpuri beauties in boldness, will stop breathing after seeing the pictures