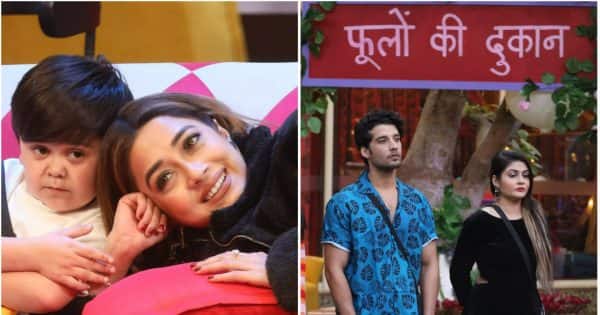 Bigg Boss 16 Nomination Latest Update: There was a lot of uproar in the house of Colors TV’s reality show Bigg Boss 16 on the 38th day. During the nomination task, all the members one by one selected the contestants for the nomination.

Bigg Boss 16 Nomination List: Every single episode of Salman Khan’s reality show Bigg Boss 16 is getting interesting now. Every day the contestants are seen showing their true colors in the show. Also, now a change is being seen in the equation between all the contestants in the house. There was a lot of commotion in the Bigg Boss house on the 38th day as well. While Gori Nagori was seen openly tagging along with her old group in the house, there was a fierce argument between Sumbul Tauqeer Khan and Shaleen Bhanot. With this, the nomination task again took place in the house (Bigg Boss 16 Nomination) and during this time the contestants also created a lot of hue and cry.

In the garden area of ​​Bigg Boss 16, Bigg Boss made a flower shop, from where all the contestants had to buy flowers. After this, he had to give flowers to his favorite contestants from among the three people standing on the stage. In the end, the two people with the most flowers directly avoided nomination. During this process, there was also a tremendous fight between the contestants in the house. There was a lot of debate between Sumbul Tauqeer Khan-Shaleen Bhanot and MC Stan-Archana Gautam. After the nomination round, Bigg Boss took the names of the nominated members one by one. Let us tell you that Gori Nagori, Sumbul Tauqeer Khan and Priyanka Chahar Chaudhary have been nominated for homelessness this week.

These people survived because of Abdu Rojic

Before starting the nomination round, Bigg Boss allowed Abdu Rojic to use the special power of his captaincy. Abdu then used his special power to save Sajid Khan, Shiv Thackeray, MC Stan and Nimrit Ahluwalia from this week’s nomination. (Also read: Bigg Boss 16 5th Week Ranking: Shiv Thackeray and Soundarya Sharma won the hearts of the audience, these contestants including Tina Dutta kept staring at their faces)

Ghori is being praised on social media

After watching the latest episode of Bigg Boss 16, viewers are constantly praising Gori Nagori on social media. Actually, Gori Nagori is not a part of any team yet and she alone seems to be playing the game in this game. For the time being, it has to be seen that among the nominated Gori Nagori, Sumbul Tauqeer Khan and Priyanka Chahar Chaudhary, who is going to go home this week?