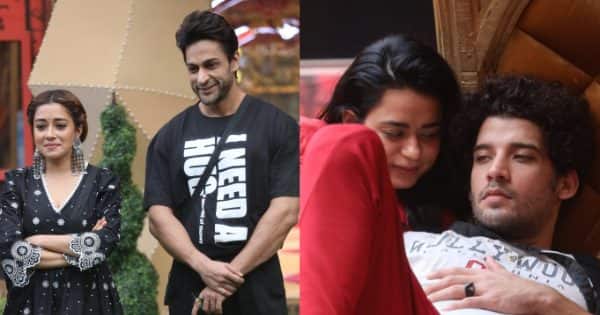 Bigg Boss 16 Nominated contestant list: There has been a lot of uproar in the recent episode of Bigg Boss 16. Many contestants have been nominated during the nomination task, which includes names ranging from Shaleen Bhanot to Tina Dutta.

Bigg Boss 16 Update: The small screen reality show Bigg Boss 16 is in discussion these days. Viewers are very fond of this show. Recently, Sajid Khan has been made the new captain of the house, after which a lot of changes are being seen in the house. The recent episode of Bigg Boss was tremendous. Where on one side Priyanka Chahar was seen openly cheating with her friends. There was a fierce fight between Shaleen Bhanot and Gautam Vij. With this, the nomination task happened again in the house and during this, the contestants were also seen showering on each other.

A hungry wolf and five sheep were made in the garden area of ​​Bigg Boss 16. The names of all the unprotected members are written on these five sheep. Whereas the protected members have to take care of these five sheep. Whenever the sound of a wolf comes, one of the nominated members will come to the farm and pick up a sheep named after one of the nominated contestants and feed it to the wolf. Let us tell you that there was a lot of ruckus in this task. Where Priyanka Chahar played cleverly and saved herself and Ankit from nomination. At the same time, Shaleen also introduced his tremendous game play. However, he too got nominated for this week. Let us tell you that this week nominations are hanging on Tina Dutta, Shaleen Bhanot, Gautam Vij and Soundarya Sharma. Whereas Archana Gautam, Priyanka Chahar and Ankit Gupta have been saved from being nominated.

Once again there has been a dispute between Priyanka Chahar and Archana Gautam. In the midst of the fight, Archana Gautam said such a thing about Priyanka’s parents that the actress got very angry. During this, Ankit Gupta also supported Priyanka a lot.