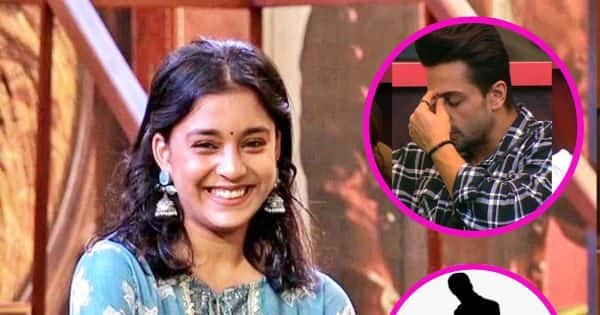 Bigg Boss 16: Salman Khan’s show ‘Bigg Boss 16’ has left no stone unturned to win the hearts of the people. Recently, news is coming about Bigg Boss that this week Fahman Khan can enter the show to support Sumbul Tauqeer Khan.


Sumbul Tauqeer Khan This close of (Sumbul Touqeer Khan) is none other than TV actor Fahman Khan, who played the lead role opposite Sumbul Touqeer Khan in ‘Imli’. Their pairing was well-liked in the show. media reports and ‘Bigg Boss 16’ According to the fan page of Fahman Khan, Fahman Khan may enter Salman Khan’s Weekend Ka Vaar as Sumbul’s associate. Regarding the news, it is believed that Fahman will not only explain his game to Sumbul, but can also take a class of Shaleen Bhanot. However, nothing has been said officially on the matter yet.

Fahman Khan had said about going to ‘Bigg Boss 16’

tell that TV Actor Fahman Khan had told in an interview to E-Times that he would love to go to ‘Bigg Boss 16’ as a guest. Actually, the actor was asked if he would be seen as a wild card contestant in ‘Bigg Boss 16’. Responding to this, Fahman had said that I will not go as a contestant. However, if I am invited as a guest for Sumbul, I will definitely go.