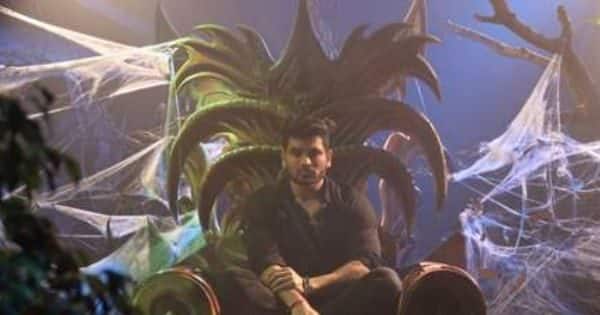 Bigg Boss 16: Salman Khan’s bang show ‘Bigg Boss 16’ has left no stone unturned to win the hearts of the people. The family recently got their fourth Captain. But while some people were happy with this captain, some people also appeared disappointed.

Bigg Boss 16: Salman Khan’s show ‘Bigg Boss 16’ has left no stone unturned to win the hearts of the people. In Salman Khan’s ‘Bigg Boss 16’, where Nimrit Kaur Ahluwalia became the captain in the first week, then after her. gautam vij (Gautam Vig) and shiv thackeray (Shiv Thakare) got a chance to become Captain. At the same time, these days the captaincy was in the hands of Archana Gautam. But today it will be shown in the show that Bigg Boss will snatch away all the power of the captaincy from Archana’s hand and the members of ‘Bigg Boss 16’ will get the new captain of the house. This member is none other than Shiv Thackeray who has already sat on the throne of Captaincy. Although some people were happy with his becoming the captain, while some contestants also appeared disappointed.

‘Bigg Boss 16’ It will be further shown in Bigg Boss 16 that Bigg Boss announces a new task in the house by snatching the captain’s power from Archana Gautam. He explains that there is a chair in the house and the one who will sit on that chair the fastest will be made the new captain of the house. However, to get the captain’s crown, that person will have to give up ration. In such a situation, Shiv Thackeray sits on the captain’s chair in ‘Bigg Boss 16’ as soon as the bell rings. At the same time, Bigg Boss also tells the rest of the members to either choose ration for the house, or make the member sitting on the chair as their captain.


Entertainment According to the news coming from the corridor, during the captaincy task of ‘Bigg Boss 16’, Nimrit Kaur Ahluwalia agrees to leave the ration and make Shiv Thackeray the captain. Priyanka Chahar Chaudhary and Soundarya Sharma express their displeasure about this. But Nimrit does not listen to a single one of them. In such a situation, the next captain of the house is going to be none other than Shiv Thackeray.

Since the nomination task in ‘Bigg Boss 16’ abdu rojic Bitterness has set in his heart. He has made up his mind that if he made someone a friend once, he would always be his friend. But if there is a fight, it will not take long to change things with that person.