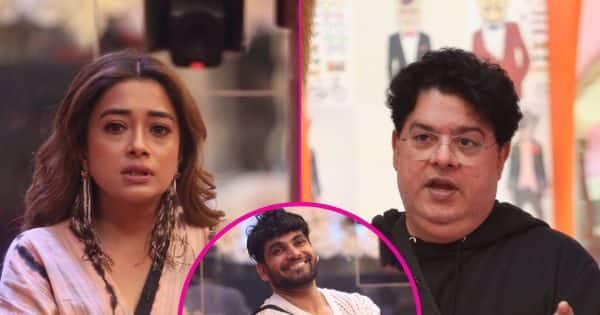 Bigg Boss 16 Nominated Contestants: Salman Khan’s big bang show ‘Bigg Boss 16’ is making a lot of noise these days. The news coming about the show is that Shiv Thackeray, Sajid Khan, Shaleen Bhanot and Tina Dutta have been nominated for eviction this week.

‘Bigg Boss 16’‘ Contestants who have been clouded with nominations this week include Shiv Thackeray, Tina DuttaThe names of Shaleen Bhanot and Sajid Khan are included. According to India Forum’s report, sources associated with ‘Bigg Boss 16’ say that this week nominations are hanging on Shiv Thackeray, Tina Dutta, Shaleen Bhanot and Sajid Khan. Let us tell you that Tina Dutta was also nominated for eviction last week. She was even evicted, but returned again the very next day. Also Read – Bigg Boss 16: Vikas Manaktala infuriates Soundarya Sharma, fierce fight over house duty

other than bigg boss 16 Talking about contestant Sajid Khan, he was avoiding nomination for the past several weeks. But this time no one could save him from the process. On the other hand, Shiv Thackeray and Shaleen Bhanot also narrowly escaped nomination last week. Also Read – Will Sajid Khan’s card be cleared this week from Bigg Boss 16? Trolls are venting their anger like this

Priyanka and Sumbul fight over nomination in ‘Bigg Boss 16’

TV News Sumbul Touqueer Khan and Priyanka Chahar Chowdhary were seen fighting in the promo video of the most controversial show ‘Bigg Boss 16’. Actually, Sumbul nominated Priyanka saying that she does not have ideals. To this Priyanka also replied, “Your acting throughout the day is also visible. Take out the garbage of your mind. It belongs to a crocodile, it seems that it will cry now.”