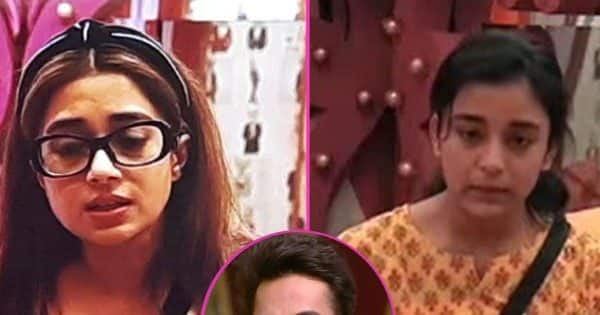 Bigg Boss 16: famous reality show ‘Bigg Boss 16’ I am seeing a lot of bang these days. After Shaleen and MC Stan’s fight in the show, there is a huge fight between the love birds Tina and Shaleen of Bigg Boss house. Shaleen is very angry with Tina. In fact, Tina blamed both of them for the fight between MC Stan and Shaleen, after which Shaleen got angry with Tina. Now the new promo video of Bigg Boss 16 has come out. Also Read – Gautam Vij will create panic by hitting wild card entry in Bigg Boss 16? Discussion intensified on the names of these stars as well

In this video, Tina Dutta is seen confronting Sumbul Tauqeer Khan over Shaleen Bhanot. In the video, Shaleen is telling Tina, “You used me well and threw it.” Tina gets angry after listening to Shaleen and says that people are teaching him Patti and he is only understanding it. After listening to Tina, Sumbul says that there is nothing like that. Tina gets very angry after listening to ‘Imlie’ fame and says, “Whenever Shaleen and I have a fight, you take advantage of it. I am not able to talk to her because of you.”

Tina then says, “That guy loves me. You’re the one who comes between us because you love him just as much.” People are reacting and giving a lot of feedback on this promo video of Bigg Boss 16. Also Read – Entertainment News Of The Day: Rajkumar Rao will be seen in the biopic of ‘Srikanth Bola’, ‘Cat’ trailer released

However, in this fight between Sumbul and Tina, people are blaming Tina. One user wrote, “Tina herself is like this, not Sumbul. If Tina supported Stan instead of supporting Shaleen, then how should Shaleen maintain Tina’s relationship brother.” At the same time, another user described Tina, Sumbul and Shaleen’s relationship as a love triangle.