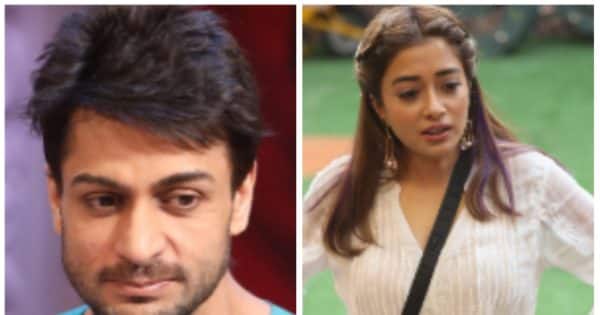 Bigg Boss 16 update: In the recent episode of Bigg Boss 16, Shaleen Bhanot was seen telling his heart to Tina Dutta. During a task, he wanted to propose Tina, however Tina flatly refused him to do so.

Shalin Bhanot and Tina Datta: bigg boss 16 The most talked about contestants of Tina Dutta and Shaleen Bhanot are in the headlines these days. Viewers are very fond of the pair of both. Shaleen and Tina are often seen together. People believe that these two are going to come in relation soon. In the recent episode, Shaleen was seen talking to Tina about her heart. Actually, Bigg Boss had given a task to the family members in which boys and girls got divided into boys and girls hostels. After this, Bigg Boss told all the contestants that their partner has to call more and more. Also Read – Bigg Boss 16: Rahul Vaidya flaunts the hostel task, says Yeh Toh Hum Saath Saath Saath Hain..

Shaleen told this to Tina

This task was performed by all the family members. During this, Shaleen was seen talking to his partner Tina Dutta about the task. He said what will they both talk about during this task. After this, Shaleen tells him that he wants to propose her during the task. However, Tina flatly refuses them to do this. Tina is seen telling Shaleen that she should not do this just for one game. After this, Shaleen answers this and says that he really has to tell his heart. However, Tina does not listen to him and leaves from there. In the end, Tina tells him not to do anything for the camera which is not true. Shaleen’s heart breaks after hearing this from Tina.

Tina Dutta got angry with Shaleen

In the last episode, Bigg Boss gave another task to the family members in which the girls had to feed their share of chocolates to as many boys as possible. Along with this, he had to be persuaded to praise himself. Shaleen and Tina also performed this task. When Tina comes to him, Shaleen tells her that first he has to ask her something. Because of this Tina loses the task and gets angry with Shaleen. Later she is seen narrating her pain to Nimrit Kaur. It is known that Shaleen and Tina are often seen getting angry with each other. However, later both become normal as before. Also Read – Bigg Boss 16: Salman Khan’s mercury was high due to Sumbul, condition worsened in ‘Friday Ka Vaar’