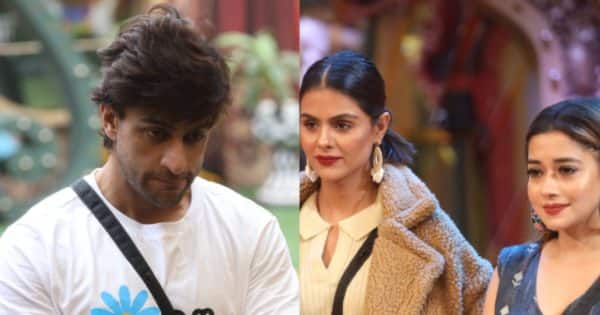 Bigg Boss News: In TV’s controversial reality show Bigg Boss 16, Tina Dutta has been seen exposing all the secrets of Shaleen Bhanot. Tina tells Priyanka how Shaleen wanted to talk to her before coming on the show.

Bigg Boss 16: Controversial reality show on TV bigg boss 16 (Bigg Boss 16) has got its first finalist. Along with a task in the show Nimrit Kaur Ahluwalia (Nimrit Kaur Ahluwalia) has named ticket to finale and Shiv Thackeray is trailing in this race. However, with the announcement of Ticket to Finale, the atmosphere in the house has completely changed. Who is friend and who is enemy in the show. Now even the audience is not understanding. Last day, in the ticket to finale task Shaleen Bhanot (Shalin Bhanot) and Tina Dutta (Tina Dutta) had a lot of fight, after which now Tina has done the work of tearing down Shaleen on National TV. The actress has said such things in front of Priyanka Chahar Chaudhary, after which Shaleen’s whole game has been revealed to the fans. Also Read – Bigg Boss 16: Nimrit Kaur wins again, Shiv Thackeray fails to get ticket to finale

In fact, in the last episode of Bigg Boss 16, after the announcement of the first finalist, Tina Dutta and Priyanka Chahar Chowdhary were seen sitting in their room. During this, both were talking about Shaleen, in which Tina said some such things, Priyanka was shocked to hear that. Tina Dutta claimed that Shaleen Bhanot’s team tried to contact her before the start of the show. Then those people wanted to meet me so that we come inside the show only after doing all the planning of the game. Shaleen wanted us to play a game together and Gautam Vig-Sajid Khan’s name was also coming in it. That’s why Shaleen and Gautam suddenly became brothers as soon as they entered the show.

Next to this, Tina Dutta was also seen saying something, which the audience was also surprised to hear. This Tina further told Priyanka that Shaleen had asked her some very nasty things in Bigg Boss house. Something she can’t tell on camera. Priyanka was shocked to hear these words of Tina. Let us tell you that Tina Dutta and Shaleen Bhanot are not leaving a single chance to lash out at each other. However, apart from Priyanka, no member of the house is speaking in the quarrel between the two. Also Read – Rakhi Sawant Arrested: Mumbai Police took action on Sherlyn Chopra’s complaint, Rakhi Sawant arrested in this case