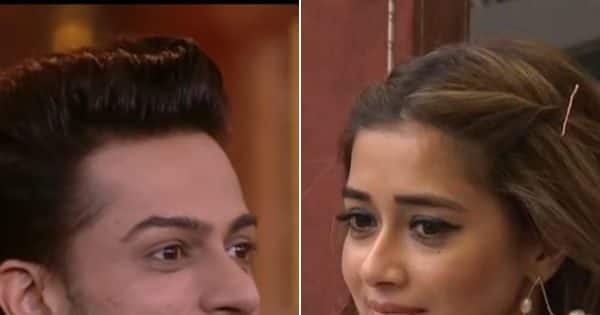 Bigg Boss 16: In the TV show ‘Bigg Boss 16’, it was shown that Tina Dutta spoke her heart to Shaleen Bhanot at the behest of Karan Johar. Hearing his loving words, he fell down in the Shaleen Garden.

Bigg Boss 16: Colors TV’s banging show ‘Bigg Boss 16’ is making a lot of noise these days. This show of Salman Khan is slowly creating a storm in the TRP list, as well as the style of the contestants is also being liked by the people. On the previous day, in ‘Bigg Boss 16’, Karan Johar replaced Salman Khan and took over the command of Weekend Ka Vaar. During this Karan Johar (Karan Johar) invited some dialogues of his film from the contestants present there. On this special occasion, where Karan Johar Shaleen Bhanot (Shalin Bhanot) was made Rahul of ‘Kuch Kuch Hota Hai’, while Sumbul Tauqir Khan was made Anjali and Tina Dutta as Tina.

Tina Dutta Seeing this style of (Tina Datta), Shalin Bhanot is unable to control himself and falls in the garden area. Seeing them like this, Karan Johar says that they do not fall in love, they get up. However, on Karan’s words, Tina quickly replies, “Sir, there is no love between us.”

Karan Johar did not stop only till Tina Dutta and Shalin Bhanot. He also got Priyanka Chahar Chaudhary and Ankit Gupta to romance fiercely. While the filmmaker replaced Priyanka Chahar Chaudhary as Ranbir Kapoor in ‘Ae Dil Hai Mushkil’, Ankit Gupta was given the role of Anushka Sharma. Karan made both of them dance on ‘Channa Mereya’, but in the middle of the dance, Ankit took Priyanka in his lap and romanced her fiercely.