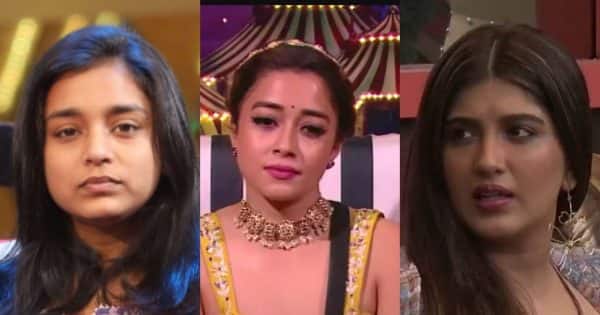 Bigg Boss 16 Nomination Task: The nomination task will be seen in the upcoming episode of reality show Bigg Boss 16. The promo of the show has surfaced, in which all the members of the troupe are seen targeting Tina Dutta.

Bigg Boss 16 Episode: Controversial reality show on TV bigg boss 16 These days a lot of twists are being seen in Bigg Boss 16. The show had 12 contestants last week, but in this weekend’s war, three contestants were evicted in one fell swoop. Sreejita Dey because of less votes and Sajid Khan-Abdu Rojik Due to his work commitments, he is out of Bigg Boss 16. In such a situation, the atmosphere of the house has completely changed. But now it looks like the next number in this game Tina Dutta Belongs to Tina Dutta. In this week’s nomination task, the troupe of the show is going to target Tina Dutta, due to which Tina Dutta will be in trouble for the nomination. Apart from him, who else will be stuck in the nomination in the show. Let’s tell. Also Read – Bigg Boss 16: As soon as Sajid Khan is out, Shaleen and Priyanka are happy, Tina is also relieved!!

All this will happen in the nomination task

Actually, the promo of the upcoming episode of Bigg Boss 16 has come to the fore. In this episode, viewers will get to see a quagmire of nominations. It can be seen in the promo that the makers of Bigg Boss have prepared a quagmire of nominations for the housemates and the contestants are about to throw each other. It can be seen in the promo that every member of the troupe takes Tina Dutta’s name. Nimrit, Sumbul, Soundarya all these people nominate Tina and say that her involvement in the game is less than everyone else. On the other hand, Tina nominates Soundarya. It is clear from this promo that after Tina, Soundarya was the target of the family members.

There will be a fierce fight in the task

Tina Dutta’s fight in this week’s nomination task of Bigg Boss 16, sumbul tauqeer khan (Sumbul Touqeer Khan) and Soundarya Sharma. In the promo too, Tina is seen telling Sumbul that you are being woken up from the first week of the show. Whereas, Soundarya calls Tina insecure. However, watching this cat fight, the audience is going to enjoy a lot. Also Read – Bigg Boss 16 Promo Video: Bigg Boss house will be attacked at midnight, black thieves will fly with Sajid Khan !!